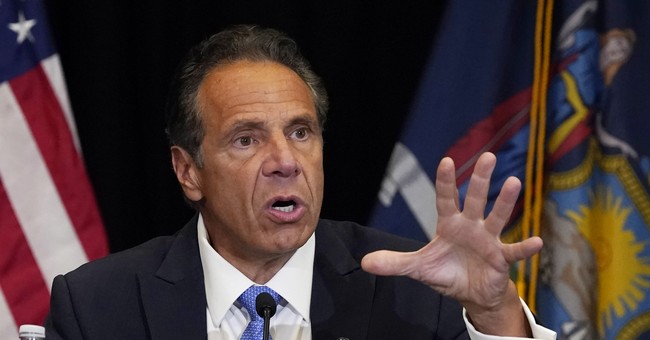 Andrew Cuomo rode off in disgrace after finally resigning as Governor of New York in August of 2021. That move came after numerous sexual harassment allegations were made against him, bolstered by an “investigation” by far-left New York AG and Cuomo opponent Leticia James. James, ever the political hack, has since moved on to suing Donald Trump.

Cuomo is finally speaking out, though, and he’s not pulling any punches. Speaking to The New York Post, he lamented how he was treated by those he once considered to be his friends. Specifically, he slammed Joe Biden for abandoning him after Cuomo had stood by the president during his brush with sexual assault allegations.

“It was tough. Traumatizing. Biden, a friend 20 years, not knowing details, immediately said about me, ‘He’s got to go.’ Biden had troubles years before and I stood by him,” Cuomo said. “Gave him the benefit of the doubt. It was heartbreaking to see him trash me without reading one page, making one phone call.”

Look, I’m no Cuomo fan. I think he was a terrible governor and he’s no better of a person. But is he wrong here? It’s true that Biden was accused of sexual assault in mid-2020 by Tara Reade, a former staffer. Cuomo publicly backed the then-presidential candidate, circling the wagons with the rest of the Democrat Party. Yet, the moment that Cuomo faced an onslaught from an AG looking to unseat him, Biden threw him under the bus.

That’s not to say Cuomo wasn’t guilty. It is to say that Biden was likely guilty as well, but he faced no consequences, and when faced with the chance to be consistent when it came to a standard of evidence, the president took the easy way out.

Cuomo didn’t stop with Biden either. He unleashed on more members of the Democrat Party, dropping names left and right.

“I know [Pelosi] 30 years,” he said. “Her daughter worked for me. Obama? He’s been tough. When troubles come you like to think you’re different. You’re not. Enemies and haters accumulate. Schumer, Gillibrand, pals working in the state, friends I respected, fell like dominos. Lose your power and heartless politicians read the tea leaves. You’re dead. Over. Pols grab another piece of meat. The phrase ‘political friends’ is an oxymoron.”

Cuomo is pretty much over the target with his complaint. Most politicians are nothing if they aren’t selfish cowards, and the slate of Democrats who tossed Cuomo overboard before a real investigation even took place fit that bill. They are hypocrites, driven by opportunity and not principle.

Still, no one should feel bad for Cuomo. He knew the arena he was playing in as a top-level Democrat, and as someone who pumped up the #metoo movement when it was convenient, it’s poetic justice that he ended up getting eaten by it. Never feed the alligator thinking it can’t target you.

Laughably, Cuomo also suggested that he could run again for governor in “four years,” signaling that he’s delusional enough to think a political comeback is in the cards. That’s not going to happen, and he’d do well to find something else to do.