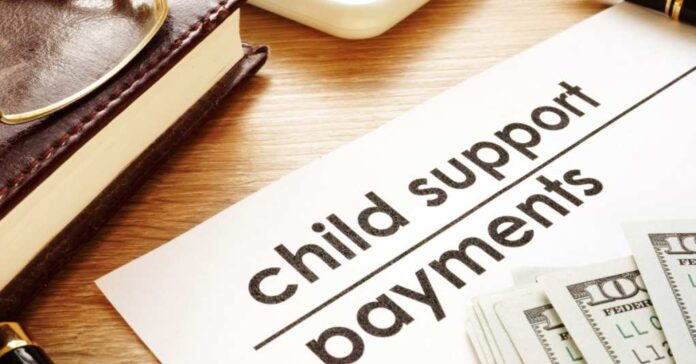 Hunter Biden, the 52-year-old son of President Biden, just asked a judge in Independence County, Arkansas to readdress his child support payments for former stripper Lunden Roberts. She is the mother of their 4-year-old child he had out of wedlock in 2018.

According to the court filing, Biden said there has been a “substantial material change” in his “financial circumstances, including but not limited to his income.” Therefore, he needs to have the amount lowered that he pays in support each month.

This isn’t the first time that Hunter has cried poor mouth. In November of 2019, he stated in an affidavit: “I am unemployed and have had no monthly income since May 2019.” He also said that his debts and obligations from his divorce were “significant.”

The younger Biden moved out of his $5.4 million mansion in Venice Beach in 2021. It was there that he parked his Porsche Panamera, which cost six figures. From the mansion, he moved into a rental in Malibu which cost him $20,000 a month. He converted the three-car garage into an art studio where he made prints he sold last year for $75,000 each.

No one knows what his obligations are for child support in Arkansas because the court order is sealed. It’s not apparent whether it included the $50,000 a month he was getting for being on the Burisma energy company in Ukraine where he sat on the board until recently. And no one knows whether it includes the $4.8 million that he received from the communist Chinese CEFC energy company.

For that matter, no one knows how in the world he got on the boards, except for, of course, his dad’s influence.

The lawyers for Lunden Roberts made an interesting observation about Hunter Biden’s request to pay less child support. They said it may prove to be a costly move because, “Ultimately, this is going to require us to look deeply, more deeply, into Hunter’s finances.”

Now, Hunter is trying to pay less support, but it wasn’t too long ago that he fought not to pay any support at all to Lunden Roberts.

Hunter met Roberts at the Empire Gentlemen’s Club in Washington, D.C. She worked there as a stripper. Soon after Hunter left the relationship he had with his deceased brother’s wife, he got Roberts pregnant.

The New York Post reported that Roberts was on the payroll at Biden’s now closed Owasco PC law firm, but Biden declared that he had no recollection of meeting Roberts.

As soon as Roberts gave birth to their child who was named Navy Joan, Hunter Biden immediately took Roberts off of his firm’s health insurance plan.

He denied that the baby was his, but a paternity test proved him wrong with scientific certainty. Biden continued to refuse Robert’s requests for support to care for the child, so Roberts was forced to sue him in an Arkansas court.

Even after the court ruled in Robert’s favor, Biden defied the ruling demanding him to turn over financial information. He also refused to provide a list of the companies he owned or had an ownership interest in and a list of all of his sources of income.

So that he would not face contempt charges, Biden agreed to pay child support retroactive to November of 2018.

Judge Holly Meyer ordered at that time that the support payments were to continue indefinitely and be paid on the first of each month.

Hunter should have left well enough alone, now the legal team against him has an opportunity to delve more deeply into his sources of income.