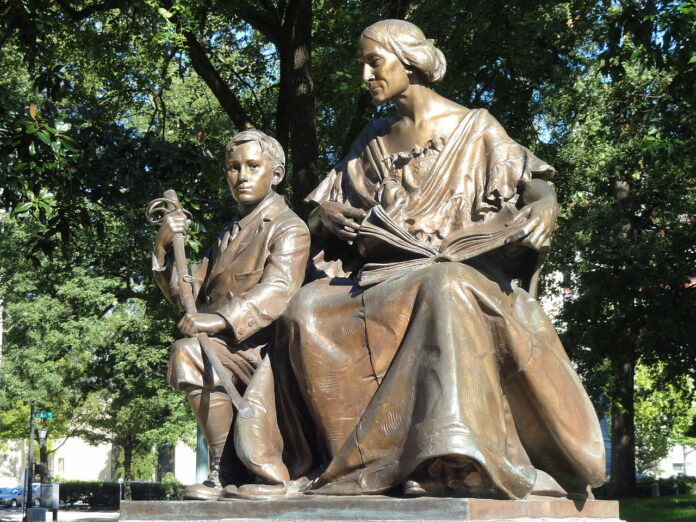 Confederate names are found everywhere – on schools, on public buildings, and even on military bases. The problem is that the Confederate names remind liberals that the country hasn’t always been perfect. Rather than accepting that it was a part of our history, they’ve set to erase those little memories.

When Congress chose to pass the National Defense Authorization Act in December, it meant that Confederate names would have to be removed from buildings, schools, and forts within three years – starting with the start of fiscal year 2021.

The problem with such a thing is twofold.

First, it erases important history that makes the United States what it is today.

Second, it costs a significant amount of money because renaming is not just about changing the name on paper. It involves changing signage, maps, tourist information, city information, and more. In some instances, name changes will affect uniforms, stationery, and many other things that can quickly add up.

Although a school or fort may have been named for a particular person, that name may encompass more than one individual in history.

Playing around with the historic reference of a building could ensure that no money is spent and that history is not forgotten. However, it also ensures compliance with the National Defense Authorization Act.

A Republican state senator, Dale Kooyenga of Wisconsin, is currently battling it out to rename Fort Bragg to Fort Bragg. It’s a genius move that may just work – especially now that he has explained the history behind his recommendation.

Fort Bragg was originally named after Braxton Bragg, a Confederate Army General. Considering that he fought for the Confederation, he’s not allowed to have anything named after him. Little did he know that he’d end up on the wrong side of history.

Since Braxton Bragg is off-limits, the senator would like to point to his cousin, Edward Bragg. This man was on the correct side of history – he was a Union General.

“I think American history is full of ironies,” Kooyenga mentioned during an interview with Army Times.

In a way to explain the irony, Kooyenga tells how Braxton Bragg pledged allegiance to a country that he ended up fighting against – and it resulted in the needless death of many.

The problem is that Fort Bragg is well known by its current name. Further, it produces some of the great leaders of our country.

Braxton Bragg was never the right person to honor. However, the principles of Fort Bragg are honorable – much like Braxton’s cousin – Wisconsin General Edward S. Bragg.

The switch would be easy. Without a name change, it’s all about identifying how the history of the name change is for the better – and that could easily be done with name changes of plenty of other buildings on the chopping block, too.

Kooyenga is keeping his fingers crossed for bipartisan support of the name change.

With so many military forts named after Confederate generals, it will take some creativity and the willingness to dive into history. The Biden administration has already created a commission to rename the forts. Secretary of Defense Lloyd J. Austin has said that he’s committed to making sure it succeeds.

Great, let it succeed – but it doesn’t have to cost the U.S. millions of dollars. If we can get as creative as Kooyenga did with Fort Bragg, names may stay the same – we just might get a bit of a history lesson along the way.