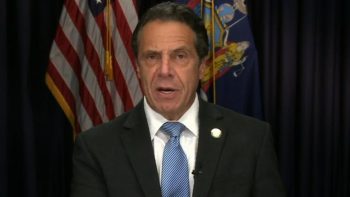 It might be a good idea to take your umbrella to work today since many are expecting to see pigs fly.

While that may or may not be a real recommendation, what is very real is the surprise experienced by many when they discovered that CNN host Chris Cuomo dedicated a segment of “Cuomo Prime Time” to pushing his brother, New York Governor Andrew Cuomo, to apologize for his sexual harassment allegations.

Cuomo began his comments reminding viewers that he had previously announced that he wouldn’t be commenting on the issue according to The Daily Wire:

“I told you back in the beginning of March, I can’t cover my brother’s troubles. It wouldn’t be fair,” Cuomo said. The CNN host went on to say he thanked his audience for understanding and addressed rumors that he offered his brother advice, to which he said, “Of course I do. This is no revelation,” in a somewhat defensive move and less than strong start.

“I’ve said it publicly and I certainly have never hidden it. I can be objective about just about any topic, but not about my family. Those of you who watch this show get it. Like you, I bet, my family means everything to me and I’m fiercely loyal to them. I’m family first, job second.”

“But being a journalist and a brother to a politician is unique and a unique challenge, and I have a unique responsibility to balance those roles. It’s not always easy,” the CNN host said. “People can say and write what they want, but I want you to know the truth.”

But here’s where things get harry: Not only is Cuomo seemingly apologizing to his colleagues, not the women who have accused his brother of assault, he’s also cozying up to his employers (the network) and talking about some strangely specific details of being part of his brother’s staff of advisers, and saying that the “incident” “will not happen again.”

But not the assault, mind you, he’s saying he won’t put CNN in a bad position again:

“It was a mistake because I put my colleagues here, who I believe are the best in the business, in a bad spot,” Cuomo explained. “I never intended for that. I would never intend for that. And I am sorry for that.”

Then he went on to try and shine his halo, while not at all addressing the fact that he seems to also be sitting in the virtual squalor of a mired politician who has been put in the crosshairs of more than one investigation (can anyone say “COVID-19 deaths scandal”??) and continued to talk about his family loyalty in a mob-Esque style allegiance pledge, rivaled only by his brown-nosing toward his beloved network.

“I’ve never tried to influence this network’s coverage of my brother,” he explained. “In fact, I’ve been walled off from it,” the younger Cuomo brother said. Claiming to know “the line” of how professionalism should work in this situation (because there’s a handbook for what to do when a bunch of women accuses your powerful brother of assault?)

“I have to do that. I love my brother. I love my family,” Cuomo said about avoiding the topic on air. “I love my job. And I love and respect my colleagues here at CNN.”

The bazaar segment came to an end with, once again, an apology to his network and his fans, but never to the women who were part of the group so many liberals promised to “believe.” Never to the people whose rights were believed to be violated, only to those who make Cuomo’s life better:

“And again, to them [his colleagues], I’m truly sorry,” Cuomo stated. “You know who I am. You know what I’m about, and I want this to be said in public to you who give me the opportunity and to my colleagues who make me better at what I do.”