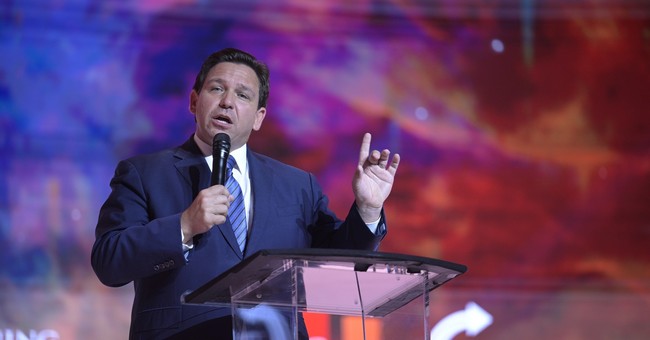 Florida Governor Ron DeSantis did not mince words when discussing the IRS expansion. Due to Joe Biden signing the so-called Inflation Reduction Act, $80 billion will go to the IRS for “taxation enforcement.”

As I reported on Tuesday, Texas cattle ranchers that the IRS audited gave a stark warning to Americans following the legislation’s passing. The Democrats can pretend all they want that the $80 billion is to target billionaires and have them pay their fair share. But we all know that anybody can be audited now, more than ever before, because the IRS received billions in funding.

DeSantis spoke about the IRS funding and additional agents being hired. He said it is a “middle finger” to the American people.

“Of all the things that have come out of Washington that have been outrageous, this has got to be pretty close to the top,” DeSantis said. “I think it was basically just the middle finger to the American public, that this is what they think of you.”

He continued, saying this funding means they are “going after you.”

“The IRS has struggled for many years with insufficient resources to fulfill our important mission … During the next 10 years, these funds will help us in many areas, including adding critical resources to not just close the tax gap but meaningfully improve taxpayer service and technology.”

“They’re not putting very much money down at the border, I can tell you that right now … but they want to be able to do it and unleash them on American taxpayers. That’s wrong.”

Inflation is still at the top of the list of concerns for the majority of voters, and after the Biden administration, Democrats, and the mainstream media touted “wins,” if and when inflation increases, voters will not forget that in November.

It seems inevitable that more Americans will be audited by the IRS. There are 724 billionaires in America, not hundreds of thousands of them. If and when the IRS auditing happens to hard-working families, voters will remember that, too, and they will vote for the GOP so that there is a balance in government, and Democrats will not be able to pass their wish lists whenever they please.