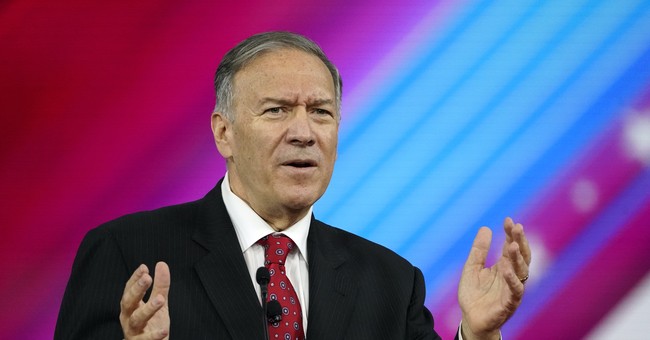 As RedState’s Mike Miller noted, Kinzinger tried his best to place the Afghanistan debacle on the Trump administration.

“Do not let my colleagues pretend today that Trump and Pompeo didn’t set in motion the Afghanistan withdrawal. They did. I knew Pompeo in the house. He was a hawk on Afghanistan until Trump. He knew better, he owns this as well. Trump Pompeo and Biden all to blame.”

“Adam Kinzinger repeatedly asked me for job in Trump Admin (Air Force Sec, Amb), and for wife. Now attacks our Afghan plan that saw no US fatalities/no Taliban takeover/no Americans left behind. Adam, I enjoyed our work in Congress. What’s happened to you? YOU should know better.”

On Monday, one year after the withdrawal of U.S. troops, the Taliban was seen celebrating:

“The Taliban has always said that America has the watches, but they have the time. Under both President Trump and President Biden, the U.S. announced that our time in Afghanistan is over, effectively letting the Taliban know they were right, they could simply outwait us. And today, we watched as the Afghan government collapsed and the Taliban regained full control.”

“This is the result of a shortsighted, weak, and utter failure of both the previous White House and the current Administration. The na?ve Trump Administration legitimized the Taliban by having ‘talks’ with them about peace and openly negotiating with terrorists, while the Biden Administration tried to fulfill a campaign promise without any semblance of a plan or forethought into how this would play out.”

“That’s just simply not true … Go read the deal. Go read the conditions that were built into the deal. I was in the room. I was at the center of working to deliver that. The Afghans were in the room. We had the Afghans all in the room for the same time in 20 years; we had Afghan leaders. … We were working diligently to deliver on the president’s two missions: to get our young people home, to reduce the risk of the United States from having our soldiers, sailors, airmen, Marines there in Afghanistan, and second, to create the conditions where we could make sure that a terror attack on the United States did not happen from there. We did it in the Philippines. We did it in Syria. We reduced terrorism risk all around the world. We would have done it in Afghanistan as well.”

Even Democrats criticized Biden’s Afghanistan debacle. Biden has not taken responsibility for any of his failures after making this promise while running for President: