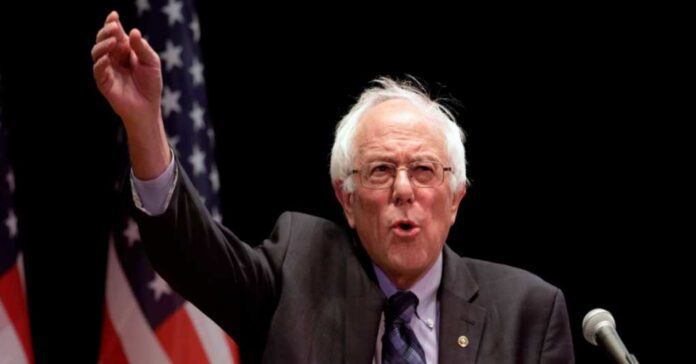 The Democrats don’t see eye to eye on much these days. And most Democrats see Bernie Sanders for who he is – a Democratic Socialist who loves to stir the pot. That’s just what he did this past weekend on the Senate floor, too.

Sanders offered up a proposed amendment that would restore the expanded child tax credit. The credit lapsed at the end of last year, though it was a financial help for many families.

Now that there’s the Inflation Reduction Act in place, Sanders was hoping to get this in there.

It appears that Sanders doesn’t have the pull in the Senate that he once did. The revision failed in a 1-97 vote, which meant that he was only to get one supporter on board with the idea.

This Inflation Reduction Act is a big one – and the only reason that it’s even moving is because of the deal that was struck between Chuck Schumer and Joe Manchin.

Senators of both parties had the ability to throw out potential amendments – and the voting session was drawn out across the weekend. The Hill referred to the event as an “hours-long-vote-a-rama.”

Sanders wanted to see the child tax credit expanded. It was a part of the American Rescue Plan, so why can’t it be a part of this plan, too? Sanders forgets that the only reason it was passed was because of the need to provide COVID relief to Americans across the country.

COVID is in the rearview mirror. We don’t need to be giving people any more money right now. Too much discretionary spending (ala the stimulus checks Biden handed out like candy) is what led to the inflation that we’re already dealing with.

Sanders didn’t want to give up, though. “Pathetically, the United States has the highest child poverty rate of almost any major country on Earth, and it is especially high among young people of color.”

His amendment wouldn’t have necessarily helped, though. There are plenty of reasons why there’s child poverty in the U.S. Much of it has to do with generational welfare, but a socialist isn’t going to talk about those kinds of things.

Senator Sherrod Brown (D-Ohio) did support Sanders’ amendment, but the change could have also prevented the entire bill from being passed. Brown said that the child tax credit did bring child poverty down last year. However, he also urged his colleagues against voting on the amendment so that the bill itself didn’t get brought down.

Colorado Democrat Michael Bennet, too, was in agreement. “We have to fight to make this enhanced child tax credit permanent and that’s what I will do with people on both sides of the aisle. But this does not advance that cause because we could lose the underlying bill and therefore, we should vote against the amendment.”

Essentially, there were plenty of Democrats who agreed with what Bernie Sanders wants to do. Though they believe in the right time and place – and adding it into the Inflation Reduction Act was not the time nor the place. It’s something that they’d rather push for outside of this bill.

The child tax expansion wasn’t the only proposal from Sanders that riled feathers. He also offered a way to ensure that Medicare doesn’t pay any more for prescription drugs than the department of Veteran Affairs.

That revision, too, failed. Why? It might be important, but the Democrats don’t want to do anything that could prevent the Inflation Reduction Act from passing. They know that it’s barely going to pass as is, and they don’t want to rock the boat.

That’s what happens when there’s not too much bipartisan support. Republicans are against the entire bill.

Sanders ended up throwing a temper tantrum. “This bill does nothing to address the systemic dysfunctionality of the American health care system.”

Nope, it sure doesn’t, Bernie. This bill does nothing but cost Americans more money, which is why the Republicans are against it.

And the fact that the Democrats can’t get on board with it all is further proof that it shouldn’t even be worthy of voting on.