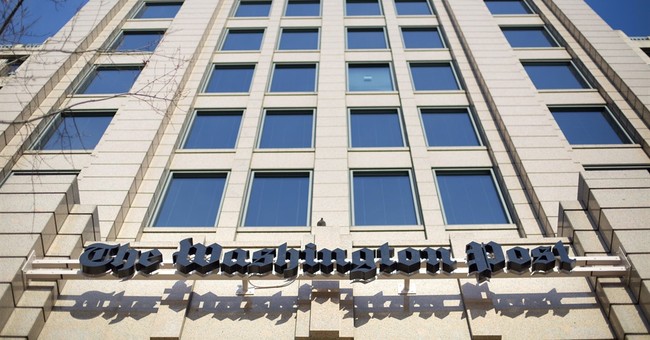 We’ve covered the Washington Post’s fails regularly in the last few months, mostly because they just keep making fools out of themselves. There was reporter Taylor Lorenz doxxing the founder of the Libs of Tik Tok, then being caught in a lie, and so much more Lorenz-a-rama. There was the weird saga of reporter Felicia Sonmez, who aggressively called out colleague Dave Weigel for what was actually rather a tame joke. The WaPo of course suspended Weigel for his temerity, but that wasn’t enough for Sonmez, who screamed about it on social media to the point where the Post finally had to fire her. In early August, as Sister Toljdah reported, the paper politicized the obituary of a congresswoman killed in a tragic car crash.

Whew. The Post is the gift that keeps on giving.

And true to form, they did so again Wednesday, tweeting out about the FBI’s Mar-a-Lago raid but then quickly deleting it after complaints. Democracy dies without bravery or something. The original tweet contained the headline: “Garland vowed to depoliticize Justice. Then the FBI searched Mar-a-Lago.” This headline is entirely accurate. Garland did in fact vow to depoliticize the Justice Department, and the FBI did in fact raid Mar-a-Lago.

But nope. Can’t criticize the Biden Administration. Evidently, editors realized that the headline might be construed as critical so they changed it to: “FBI’s search of Mar-a-Lago lands Merrick Garland in a political firestorm.” The original:

“Erupts in a political firestorm.” That’s the kind of wordsmithing liberal outlets are commonly using these days to imply no wrongdoing was done by their favored people. Another technique is to instead of reporting on a story of what someone did, use the go-to “Republicans Pounce” headline. Don’t write, “Paul Pelosi Was Caught Driving Drunk,” write something like, “Right Wing Websites Erupt Over Speaker’s Husband’s Driving Incident.” See how it works?

But why did they remove the original headline? Critics apparently thought it wasn’t anti-Trump enough. “No, he’s in the middle of unraveling a crime spree committed by the former president of the United States,” one user responded to the original. “There…fixed it for you.” NYU journalism teacher Jay Rosen, meanwhile said the original headline was “painfully under-thought” and “seemed to say that Garland was shifting course and unduly politicizing DOJ.” Well, yes, Garland was shifting course and unduly politicizing DOJ, and even left-leading outlets like CNN are talking about it.

Trust in the media has dropped to an all-time low in recent years, and it’s antics like these that erode our confidence in their willingness to tell the truth. My colleague Joe Cunningham reported on a Gallup poll in June that shows it’s mostly Republicans who have lost the faith:

Just 5% of Republicans said they had “a great deal or quite a lot of confidence” in newspapers, compared to 35% of Democrats.

Only 8% of Republicans said they had “a great deal or quite a lot of confidence” in TV news, compared to 20% of Democrats.

Cunningham writes: “…the media is the second least-trusted institution in America. The only institution with less trust from the American people is (understandably) Congress.” Although this Washington Post headline change is just one story, it’s part of a much larger pattern of outlets like the New York Times, CNN, and MSNBC continually hiding or shading the truth from the people. If you ever talk to someone who relies on only those types of sources, you’ll find that not only are their opinions very different than yours, they often don’t know half the news that’s out there.

“Hunter Biden laptop? Never heard of it,” they’ll say. And if they continue to get news from those places, they never will.