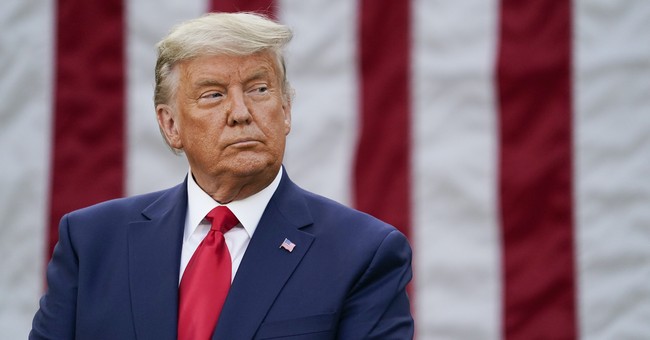 The raid on Mar-a-Lago says a lot about where we are as a country but if you look closely it says a lot less about us and a lot more about the Democrats.

As I spent a lot of time explaining during Wednesday’s RedState LIVE!, the Democrats have shown just how desperate they are to stop Trump, so much so that they’ll cook up one of the worst excuses to raid anyone in the history of ever, and a former president no less.

It’s abundantly clear that they fear him running in 2024 and are searching relentlessly for something, anything, that might prohibit him from being a candidate.

But it’s not just a loss of power that they fear. Democrats do value it above all else…well, almost. The only thing they value above power is self-preservation. They know that if Trump gets into the White House again, his work won’t just be a continuation of his first term.

Trump will have a vendetta, and it’s highly likely that he’ll use his power to enact revenge on members of the Democrat Party. This doesn’t just mean he’s going to fire people. It’s likely that he’s going to launch investigations with the aim of exposing their darkest secrets. The kind of secrets that could cost them millions of dollars and land some of them in prison. With the help of a Republican congress and Senate — now more friendly to him than ever — Trump will likely conduct a crusade born by a personal need to punish those who wronged him.

The desperation with which the Democrats are nakedly abusing our justice system says that they want to avoid this outcome at all costs. You’ve seen a lot of commentary from leftist outlets like CNN that are making it pretty clear the Democrats went too far and likely empowered Trump. The raid seemed like a foolish move, but when you look at it from the perspective of some of the Democrats in power, it was the only move.

The Democrats are very clearly going to get wiped out in the midterms should Republicans not get lazy and show up. They know that 2024 is in danger thanks to their foolish decision to push an unqualified and ailing man into a leadership position.

With Republican polls all pointing toward Trump being the 2024 nominee at this time, Democrats are likely starting to feel the hair on the back of their neck beginning to rise. They’ve got a lot to hide. Hunter Biden’s laptop, Fauci’s dealings with China and their COVID-19 virus, Nancy Pelosi’s insider trading, and much more are clearly things the Democrats would rather investigators not wonder too much about. They know that if Trump returns, he’ll work to blow the lid off of all of it.

So desperate times call for desperate measures and they weaponized the DOJ and FBI under their control to begin working to save, not just their power, but themselves. This doesn’t just include raiding Mar-a-Lago but taking Sen. Scott Perry’s phone with the hope that they’d find something.

They’d better find something and it better be big, because if it’s not, the chances that Trump will return to the presidency are high, and the probability that heads will roll if he does is even higher.