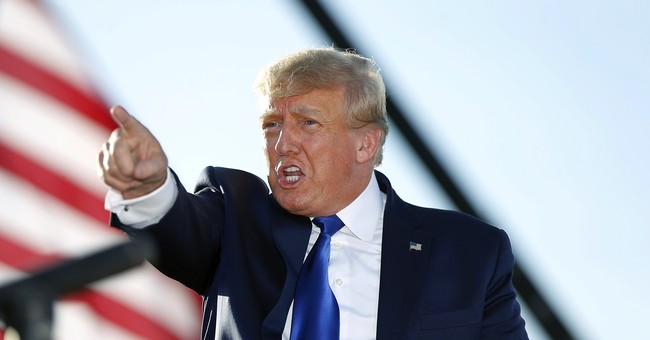 Reports about the FBI raid on the Mar-a-Lago home of President Donald Trump have suggested that it was about records wanted by the National Archives. That’s an incredible overreach of power, if they are raiding a former president’s home to seize records that they could get by subpoena. But of course, then, they couldn’t go on a random fishing expedition to try to find other things.

But something that happened on Tuesday just added to the sense that the FBI is wildly out of control and may indicate they are trying to go beyond National Archives records.

Rep. Scott Perry (R-PA), a close Trump ally and head of the conservative House Freedom Caucus, said that the FBI has seized his cellphone.

“This morning, while traveling with my family, 3 FBI agents visited me and seized my cell phone. They made no attempt to contact my lawyer, who would have made arrangements for them to have my phone if that was their wish. I’m outraged — though not surprised — that the FBI under the direction of Merrick Garland’s DOJ, would seize the phone of a sitting Member of Congress,” Perry said in his statement. “My phone contains info about my legislative and political activities, and personal/private discussions with my wife, family, constituents, and friends. None of this is the government’s business.”

Perry asserted in his statement that “as with President Trump last night, DOJ chose this unnecessary and aggressive action instead of simply contacting my attorneys. These kinds of banana republic tactics should concern every Citizen — especially considering the decision before Congress this week to hire 87,000 new IRS agents to further persecute law-abiding Citizens.”

Shocking may be too mild a term, but at this point; it looks like they are all in to try to do anything they can against their political opponents and it’s gone way beyond the pale. This is not normal action.

The Jan. 6 Committee has been throwing Perry’s name around during the hearings because he had been in communication with Trump before the riot. As had who knows how many other people? But “witch hunt” is the Committee’s middle name. But the action against Perry might suggest they are trying to concoct more against Trump than just the records.

In going after Perry, they’re also going after yet another strong political opponent of the Democrats. Plus, it was Perry who filed articles of impeachment against AG Merrick Garland for lying about not going after parents over the school board protests. So, that raises another question if this is a retaliatory effort against Perry.

The FBI isn’t talking or explaining themselves. The Perry action has further infuriated everyone on the right.