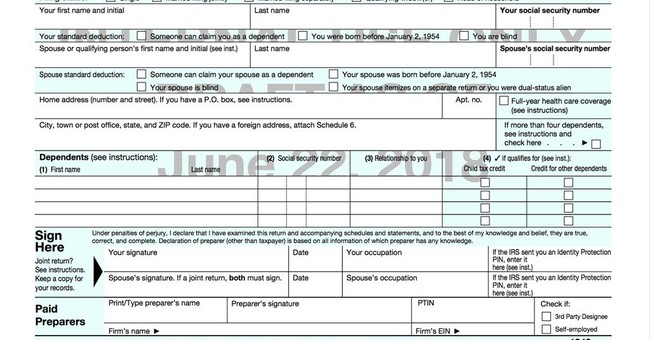 The “Inflation Reduction Act,” which as we’ve pointed out is unlikely to tame inflation, contains $80 billion in funding for the Internal Revenue Service to hire a staggering 87,000 new agents to slog through the financial affairs of Americans. The allocation is a 600 percent increase over the agency’s 2021 budget of $12.6 billion.

The bill cleared the Senate Sunday and now heads to the House, where it’s expected to pass. It would more than double the agency’s current staffing, bringing it up eventually to 165,000 people. That’s more than the population of Tempe, Arizona.

The Washington Free Beacon reports that the new hires will make the IRS workforce larger than the combined number of employees of the Pentagon, State Department, FBI, and Border Patrol. They write:

That [the Inflation Reduction Act] would make the IRS one of the largest federal agencies. The Pentagon houses roughly 27,000 employees, according to the Defense Department, while a human resources fact sheet says the State Department employs just over 77,243 staff. The FBI employs approximately 35,000 people, according to the agency’s website, and Customs and Border Protection says it employs 19,536 Border Patrol agents.

Eighty-seven thousand–in addition to the 78,000 already employed by the agency–is a truly staggering number. People often have criticized the draconian policies of this administration–especially with the FBI’s raid of Mar-a-Lago in the news–but siccing that many new agents on our own people takes it to a whole new level. Texas Republican Senator Ted Cruz apparently agrees:

RedState’s Nick Arama wrote the following during Sunday’s “Vote-A-Rama” leading up to the passage of this behemoth bill in the Senate:

But as Sen. Ted Cruz (R-TX) explained, perhaps few things in the bill are as bad as the lie the Democrats are trying to sell about the hiring of 87,000 more IRS agents, acting as though it’s only going to go after “billionaires” to make them pay their fair share. We should be scaling back the IRS-not building it up. If we were spending money on anything, it should be border agents.

Arama is right, it won’t just be billionaires and corporations that will be targeted. The Free Beacon explains:

The majority of new revenue from IRS audits and scrutiny will come from those making less than $200,000 a year, according to a study from the nonpartisan Joint Committee on Taxation. The committee found that just 4 to 9 percent of money raised will come from those making more than $500,000, contrary to Democrats’ claims that new IRS agents are necessary to target millionaires and billionaires who hide income.

South Carolina Senator Lindsey Graham put it in to perspective at a press conference Tuesday:

If you think the federal government is out of control now, God help us when you get 87,000 new IRS agents who are looking under every rock and stone to get money out of your pocket.

My colleague Sister Toldjah wrote Monday about Democrats laughably claiming that audits are no big deal. Ask anyone who’s ever been audited, and they will tell you it’s hell even if the Feds eventually find you did nothing wrong. “Our biggest worry in this is that the burden for these audits will land on Walmart shoppers,” Rep. Kevin Brady, R-Texas, said Tuesday on CNBC’s “Squawk Box.”

In a recent letter to the Senate, IRS Commissioner Charles Rettig claimed the new resources are “absolutely not about increasing audit scrutiny on small businesses or middle-income Americans.” I trust him, don’t you? The IRS would never do anything wrong, would they? Well, except for maybe targeting conservative groups as they did under Obama.

More and more bad news is sure to come out as this bill gets continued scrutiny. This insanely massive explosion of the IRS workforce, though, is already bad enough.