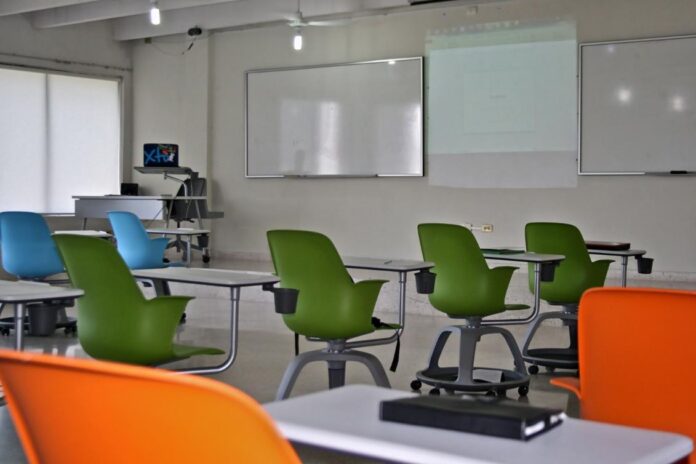 Parents have been asking for schools to open.

Teachers have expressed frustration with teaching students over a computer screen.

Employers have been impatient with allowing employees to work from home to accommodate virtual students.

Even virtual students have been asking to go back into the classrooms to spend time with their friends and embrace hands-on learning.

The only ones to fight to keep education out of the classroom have been the teachers’ unions and the Biden administration.

And, it appears that they have been working together because they haven’t been listening to anyone else.

Most of 2020 and 2021 have resulted in the unions lobbying to keep the schools closed. And in the bluest areas of the country, some schools remain closed through the end of the school year.

Well, that’s all about to change as schools prepare for the fall.

The 2021-2022 school year should be taking place in the classrooms all across the country.

The teachers’ unions can’t hide behind the science that young students aren’t all that contagious. Hard-surface transmissions are almost nonexistent, too.

Meanwhile, public schools have shown off some of their most disappointing test scores – all because children are suffering thanks to this virtual model.

The teachers’ unions made it clear. It wasn’t about the students. It was about politics.

And Biden was not focused on getting the kids back into the classroom. He wanted to feed into the hysteria of the pandemic rather than focusing on education in America.

President Biden made a promise that at least half of the schools would open within his first 100 days. However, no one felt that was good enough. Why not all schools? After all, what you do in one city should be good enough for all of the others.

Yet, the schools stayed closed.

It’s not science that’s opening the schools. It’s not even the insistence of every child, parent, and teacher. It’s President Biden’s approval rating.

Biden’s rating isn’t nearly as high as his administration believes that it should be. And, polls hint that it has a lot to do with schools. Parents are frustrated because they’ve had to stay home with their kids since the kids couldn’t go to school – and many couldn’t afford childcare.

The teachers’ unions were influencing the CDC talking points. And, Biden was content to let it all happen. Well, until he realized it was hurting him in the polls.

Miraculously, everyone is suddenly on the same page.

The Biden administration has teamed up with the teachers’ unions to launch a new campaign: “Get Back to School!”

Classrooms across the country will open so that American children can attend five days a week, just as they had before the pandemic struck in March of 2020.

However, the president of the American Federation of Teachers wants to pretend as though she was in favor of getting kids back into the classrooms all along. Randi Weingarten said in a speech, “Nothing should stand in the way of fully reopening our public schools this fall and keeping them open.”

She went on to say that reopening the schools won’t be an easy task. After all, now teachers will have to address the emotional needs of students because of prolonged isolation.

This is some audacity! She’s the reason why the kids have been in prolonged isolation.

Weingarten is also quick to mention how exhausted teachers are from trying to engage students through a screen. Again, she’s the reason why the teachers are exhausted.

Between Weingarten and Biden, they want to pretend as though they’re doing everything they can to get schools opened up. It’s as if they want parents from across the country to stand up and applaud their efforts.

The administration may actually be naïve enough to believe that Americans have forgotten that it was the teachers’ unions and Biden that kept kids out of the schools and caused these issues.

The good news is that schools are opening. The bad news is that we likely haven’t heard the end of the teachers’ unions rants. They’ll likely need more funding to clean up all of their detrimental decisions over the past year and a half…