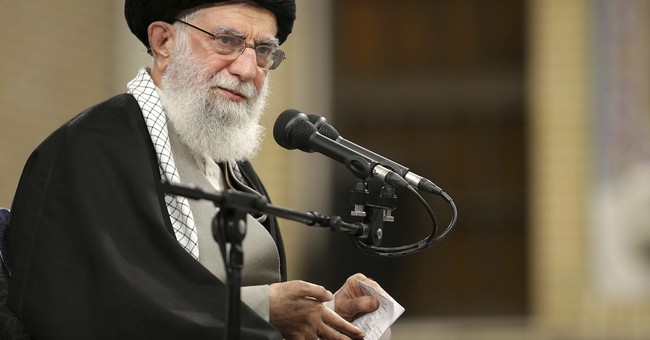 It’s always been very troubling that the Obama/Biden Administration seemed willing to throw everything under the bus to make a deal with Iran that was no real deal at all, with nothing for the United States and no guarantee of preventing a nuclear weapon at all.

As Josh Meyer explained in a ground-breaking story in Politico, they even derailed an investigation into Hezbollah while it was smuggling cocaine into the U.S., so as not to upset Iran. But the Obama/Biden Administration was never held to account for those actions.

Even during the Trump Administration, Democrats and former members of the Obama/Biden Administration including John Kerry met with Iranians secretly to try to figure out how to get the deal back even after President Donald Trump had pulled us out of it. This, despite the fact that Iran is our enemy, one of the chief state sponsors of terrorism in the world. As we noted, citing the Washington Times, perhaps “particularly striking because Iran at the time was backing plots to kill Americans stationed in neighboring Iraq and the regime was funneling money, including funds it received from sanctions relief under the JCPOA, to terrorist organizations Hamas and Hezbollah.”

So, it’s not surprising that the Biden team is now trying to get us back into it. The question is: are they as willing to throw everything under the bus as Barack Obama had been? It would seem so.

Joe Biden announced that he was going to be lifting sanctions on Iran without even having any kind of commitment or movement from Iran. Why? Because Iran wanted to restart the deal. Iranian activists fighting the oppression in the country had begged Biden not to do it, so that he wouldn’t empower the mullahs. But, he didn’t care about them.

Now, Iran, knowing they have Biden in there, willing to give them anything and not hold them to account, is blowing off even the weak requirements that were in place as part of the deal.

As Jazz Shaw at our sister site Hot Air reports, Iran’s parliament speaker, Mohammad Bagher Qalibaf, says that they would no longer even be allowing the International Atomic Energy Agency (IAEA) access to surveillance images to their nuclear sites. Oh, and that “time was running out” for a deal.

From Times of Israel:

Iran’s hard-line parliament in December approved a bill that would suspend part of UN inspections of its nuclear facilities if European signatories did not provide relief from oil and banking sanctions by February.

The IAEA struck a three-month deal with Iran to have it hold the surveillance images, with Tehran threatening to delete them afterward if no deal had been reached.

It’s not clear now if they’ve deleted those three months’ worth of images. But, it means the IAEA has no ability to assess what Iran has been doing. Imagine the temerity to play around IAEA like this.

So, the normal reaction one should have to this is that they’ve been playing these games, one should not bend over for them — because they haven’t acted in accordance with the deal to begin with.

Iran has already shot far past the maximum allowable uranium enrichment levels defined in the Obama-era deal. They’re now up in the range of 63 percent enrichment using their new IR-4 centrifuges and have announced that they will soon be installing their IR-9 centrifuges which are allegedly far faster and more efficient. This puts them only a few steps away from being able to make a bomb.

Why would you continue to lift sanctions, given these games? But, unfortunately, that’s exactly what Biden is doing.