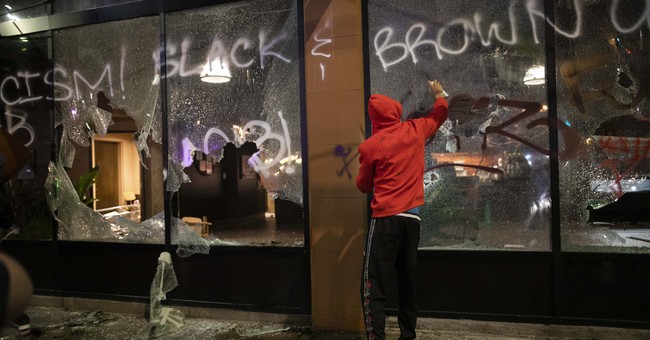 A new report further demonstrates what many already knew when it comes to the Black Lives Matter protests that took place last year after the murder of George Floyd. The Economist conducted a study looking at voters’ opinions toward President Joe Biden, in relation to the riots that took place in Kenosha, Wisconsin, after the police shooting of Jacob Blake.

A new statistical analysis by The Economist compared President Joe Biden’s vote share in precincts surrounding Kenosha, Wisconsin, to what they should have been based on his vote share in comparable precincts based on voting history, demographics and density.

The analysis revealed that Biden’s share of votes in Kenosha was significantly lower than it would have been if riots had not occurred. This finding indicates that the violence caused many to have a negative attitude towards the Democratic Party, some of whose members encouraged the rioting.

Biden’s vote share outside a 30-mile radius of Kenosha was consistent with expectations, but it dwindled within the 30-mile circle as precincts got closer to the city. At the center, he underperformed expectations by 2.4 points. He underperformed in Kenosha County by a bigger margin than any other of the state’s 50 most populous counties.

On the other hand, however, the report showed that in areas where peaceful protests occurred, the president overperformed, according to another study from Yale and University College London.

Despite winning the presidency in 2020, the Democrats took a beating in the House, losing many seats while retaining the lower chamber of Congress. The Republican Party seems headed towards taking back the House in 2022.

Moderate Democrats have also observed that the far-left response to the riots that ensued after footage of Floyd’s murder went viral. Some criticized members of Congress who promoted unpopular initiatives like the “Defund the Police” movement, which is roundly repudiated by the majority of black Americans.

Democratic members of Congress like Rep. James Clyburn (D-SC) have criticized far-leftists for pushing an approach that most Americans do not support. They argue that this radical agenda alienated voters, which resulted in the party’s loss of seats last year.

Of course, none of this is a surprise to anyone – including Democrats. It has become clear that the far-left faction of the party is a toxic force that isn’t exactly helping the party’s cause. While some of their ideas are attractive to a sizeable number of Americans, their thoughtless support of causes that would result in greater harm than good has become a liability. As long as they push a radical woke agenda, instead of adopting a more persuasive messaging strategy, the moderates might be safe for the time being.