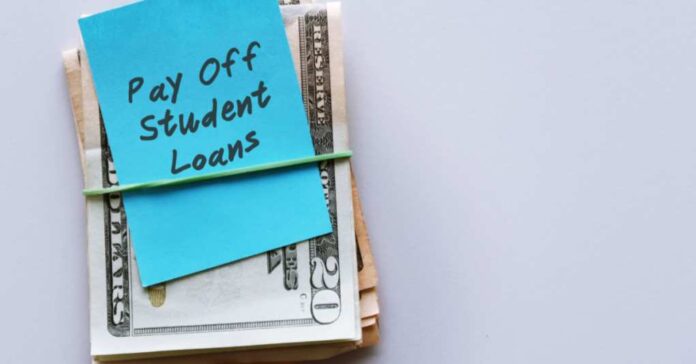 Anyone with student loans knows the deal. You were given the loan to go to school. Once you graduate (or stop taking classes), the money has to be paid back. Nothing in life comes free, especially higher education in the United States.

While we may not like that student loans sit like an albatross on our financial throats, we know that they must be paid…or do they?

The Biden administration has paused student loans again and again as a way to offer some reprieve while COVID takes its toll on the economy. So far, the student loan repayments have been paused for over 16 months.

The last pause is to end at the end of August. Then, it’s expected that we’re supposed to start making payments once again.

There’s just one catch – the Biden administration still hasn’t decided whether they’re going to forgive any loans. Joe Biden ran on a platform where he promised to forgive at least $10,000 of student loans for every borrower.

Some of the more progressive Democrats don’t feel as though $10,000 is enough. Some have been pushing for $50,000 per borrower. Others want to see all student loans dismissed so that everyone has a clean slate.

Wiping away student loans could be catastrophic for the federal deficit. The one upside is that the student loan system could be re-established so that people don’t pay on their student loans for decades after taking out the loans.

No one thought that they’d be 45 and still paying on loans that they took out when they were 18. Yet, that’s the sad reality for many Americans – and much of it has to do with the outrageous interest that is being charged.

We’re already into August, and we haven’t heard about whether there will be any loan forgiveness. That means that we’re just expected to start paying on the loans again once the pause ends on August 31.

Obviously, if we pay on student loans only for them to be forgiven down the road, we won’t get any kind of refund. That leaves many wondering whether it’s worth paying on the loans – or just waiting until there’s some kind of forgiveness approved by Congress.

The total amount of student loan debt adds up to $1.7 trillion and affects 40 million Americans. It’s a lot of money, so it’s one of the reasons why it’s taking so long to make a decision. Democrats are willing to forgive it while Republicans are saying that it’s fiscally irresponsible to do so.

Still, we’re running out of time considering that repayments are set to start in a matter of weeks.

Reporters asked Biden on July 20 when a decision would be made. The response was, “by the end of August.”

That means that we may expect to see at least some kind of forgiveness – or perhaps another extension until a decision can be made about forgiving the debt in one way or another.

Bloomberg recently reported that it’s anticipated that there will be another extension as well as a forgiveness of $10,000 in federal student loan debt.

Forbes also reported that “Should Biden sign off on a mass cancellation, relief should be quick, as the Education Department has prepared an in-depth plan to act on student loan forgiveness.”

Democrats happen to be quite epic with their timing. It’s likely that this will all take place before everyone heads to the polls in November. So, if you do have student loans, anticipate at least some kind of action before you have to start repaying at the end of August.