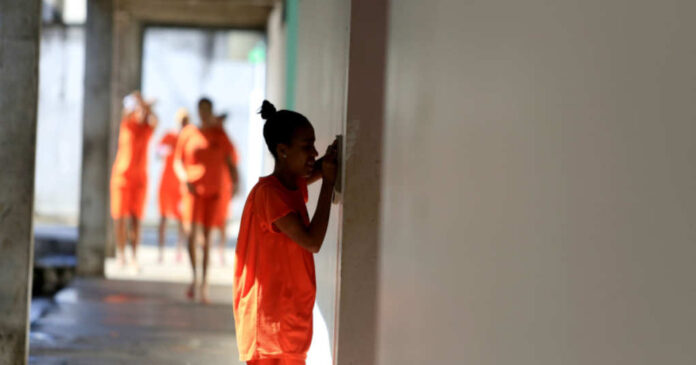 Prisoners are supposed to serve their sentences. However, they aren’t supposed to be harassed or even sexually assaulted while they do so. Yet, as a result of greed and indifference, prison guards decided that they’d make a profit – and female prisoners had to pay the price.

There’s still an investigation going on to find out how this happened, and even if it happened.

At the Clark County Jail in Jefferson, Indiana, it is alleged that 28 women encountered a “night of terror,” which took place back in October.

Lawsuits have been filed, and the case will soon go before a U.S. District Court.

Guards are being accused of selling the keys to the cells of female inmates. From there, women were sexually assaulted. The attacks started at midnight and went on for roughly two hours.

David Lowe, one of the guards, has been accused by the female prisoners of providing the keys at a cost of $1,000.

The male prisoners wore blankets and towels as masks. One lawsuit read, “Even though the incident involved multiple male detainees and dozens of victims over an extended period of time, not a single jail officer on duty that night came to the aid of the plaintiffs and the other victims.”

The lawsuit went on to read, “These systemic failures allowed numerous male assailants to have free run of the jail for several hours, resulting in a night of terror for the plaintiffs and other victims.”

Two women were allegedly raped while others had genitals exposed, were groped, and subjected to a number of threats and sexual advances.

Perhaps the worst of it all is that once it was all over, the jail officials punished the women. They were the victims, yet they were the ones who were placed into lockdown for 72 hours. Their personal items were also confiscated.

Now, Democrats would argue that this is why it’s not okay to put people in jail. They are sitting targets. That’s not the problem. Those who commit crimes need to be punished, and jail is an effective deterrent. There seems to be a shortage of common decency in today’s society, though.

Further, it should have been the male prisoners who were punished. There’s insufficient oversight of the jails – and too many people with loose morals are being paid to look the other way.

A lawyer representing eight of the women in Indiana, Steve Wagner, told the Washington Post that “A sheriff at the jail – they have one job, and that’s to keep inmates safe and secure. And it’s just a complete, utter failure that allowed this to happen.”

Lowe, the prison guard that was named in all of the lawsuits, reported to the Washington Post that the keys had been stolen by the inmates and that he didn’t hear about the attack until days later. That doesn’t seem to add up, either. After all, how did inmates steal the keys? And how, with the presence of surveillance cameras, did he not know what was going on?

The U.S. most certainly has the largest prison population. Things have to get better. Our politicians have to do better. Otherwise, the Democrats will make the case that we must do away with jails and prisons. At that point, what do we do with all of the criminals?