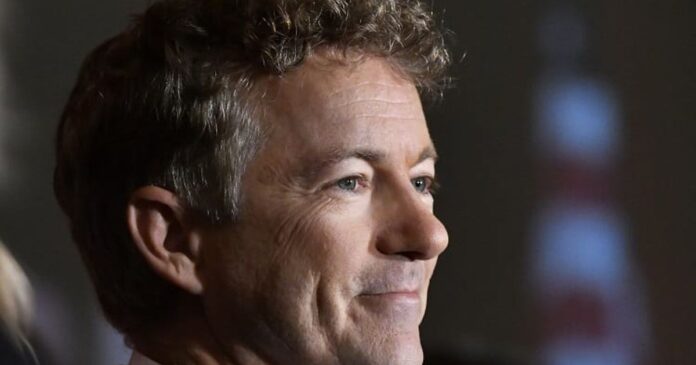 On Wednesday, Senator Rand Paul held the first congressional hearing focused on gain-of-function research and oversight. The Homeland Security subcommittee hearing was attended by five Republican Senators, but no Democrats.

The hearing comes on the heels of the Senator attempting to pass an amendment that would have ended all US funding of gain-of-function research to China. Democrats blocked Paul’s amendment, although it had been supported in earlier versions of the legislative package on domestic semiconductor manufacturing.

Gain-of-function (GOF) is research that improves the ability of a pathogen to cause disease. Paul has been a critic of the National Institute of Health (NIH) funding this research in a Wuhan, China, laboratory ahead of the coronavirus pandemic.

Dr. Anthony Fauci, director of NIAID of the NIH and Chief Medical Advisor to the President, denies that the research conducted in Wuhan constituted GOF research. Well, first Fauci denied to Congress the NIH ever funded any GOF research in Wuhan, when specifically questioned about it, by Paul in 2021. Except, the NIH unequivocally did fund GOH research in Wuhan, and they specifically funded coronavirus research there, too.

In June, the World Health Organization (WHO) issued a recommendation that more investigation be done into the theory that COVID-19 came from a Chinese “lab-leak,” a reversal after downplaying the possibility last year.

In 2014, President Barack Obama issued a moratorium on GOF research, but the NIH projects continued despite the ban and requests to pause activity from the US Department of Health and Human Services (HHS). President Donald Trump lifted the moratorium in 2017, creating an oversight board within HHS, Proposed Research Involving Enhanced Potential Pandemic Pathogens (P3CO).

Issues with the P3CO framework were highlighted in the subcommittee hearing; GOP Senators and testifying scientists agreed that the definition used to classify GOF research is too limited to properly provide oversight of research proposals. This is key to how Fauci has been able to tongue-in-cheek deny research we have the taxpayer receipts for: his semantics are taxpayer-funded, too.

We also learned from the scientists today that the committee that is supposed to review these viruses is secret. We don’t know the names. We don’t know that they ever meet, and we don’t have any records of their meetings. It’s top-secret. Congress is not allowed to know. So whether the committee actually exists, we’re uncertain. We do know that they’ve met three times and there are thousands of gain-of-function research proposals. They’ve only met three times, they’ve only reviewed three projects. So we learned a lot of things, but I think we reconfirmed that Dr. Fauci is not being honest with us. Yes, the NIH funded gain-of-function research. Yes, it was dangerous. And yes, nobody looked over this.

Paul continued to call out Fauci’s dishonesty and implore more scientific oversight into research deemed “dangerous” by experts who testified,

We learned that Dr. Fauci has been lying to us. The three scientists agreed that this was dangerous research. Two of the three absolutely said it was gain-of-function. The third said it was dangerous research and should have gone before a committee. When Dr. Fauci said, “Oh, we’ve reviewed this and the experts have looked at this, and said it’s not gain-of-function,” even that wasn’t true.

During the hearing, Paul expressed that he was disappointed about the lack of Democrat participation and looks forward to introducing a bipartisan bill to address GOF research, oversight, and funding.