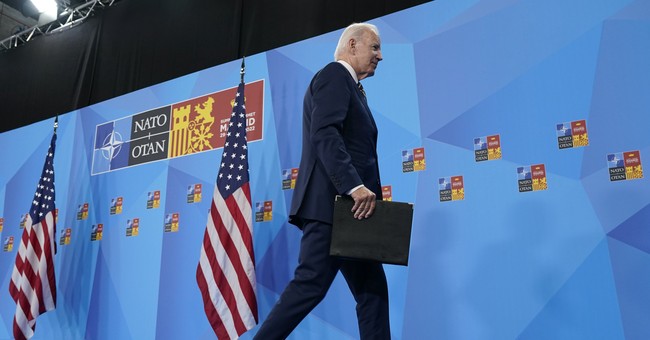 In the wake of the Russian invasion of Ukraine, NATO has had some interest from other nations looking to join. Key among them were Sweden and Finland.

In a 95-1 vote this afternoon, the U.S. Senate approved the admission of both Scandinavian countries to NATO’s roster – the largest expansion of the organization in nearly 20 years. After the U.S.’s approval, there are around half a dozen countries left to approve their admission.

NATO officials formally approved the two nations’ efforts to join the alliance last month. They are currently in the final stage of the process of joining NATO, which requires legislatures in all of its member nations to approve of the new additions.

According to NATO’s website, more than 20 member countries have already approved Sweden and Finland joining NATO. After the U.S.’ approval, just over a half dozen countries remain.

Adding Sweden and Finald to NATO has broad bipartisan support in the U.S. Congress, which has been eager to rebuke Russia and since the beginning of Russian President Vladimir Putin’s brutal war on Ukraine. Congress approved multiple military aid packages to Ukraine in recent months.

Republican U.S. Senator Josh of Missouri was the lone dissenting vote. Kentucky Senator Rand Paul voted “present.” Hawley voted against the resolution, arguing that the U.S. should be focusing on China, not European affairs. In an op-ed at National Interest, he explains his view that it furthers wasteful U.S. spending in the Russian invasion of Ukraine.

Finland and Sweden want to join the Atlantic Alliance to head off further Russian aggression in Europe. That is entirely understandable given their location and security needs. But America’s greatest foreign adversary doesn’t loom over Europe. It looms in Asia. I am talking of course about the People’s Republic of China. And when it comes to Chinese imperialism, the American people should know the truth: the United States is not ready to resist it. Expanding American security commitments in Europe now would only make that problem worse–and America, less safe.

To be clear, America shouldn’t abandon NATO. But it’s time for our European allies to do more. In particular, they must take primary responsibility for the conventional defense of Europe by investing more in their own militaries. All the way back in 2006, NATO member states pledged to spend at least 2 percent of their GDP on national defense. It should be higher. The United States spends far more than that on defense. But many NATO members still haven’t met even this minimal commitment.

Hawley’s vote, however, was met with digs from Republican colleagues Mitch McConnell and Tom Cotton.

The U.S. has committed a large sum to the war effort in Ukraine, with more coming. Many conservatives aside from Hawley have criticized U.S. spending there, but most Republicans were largely in line with allowing the two new members into NATO.