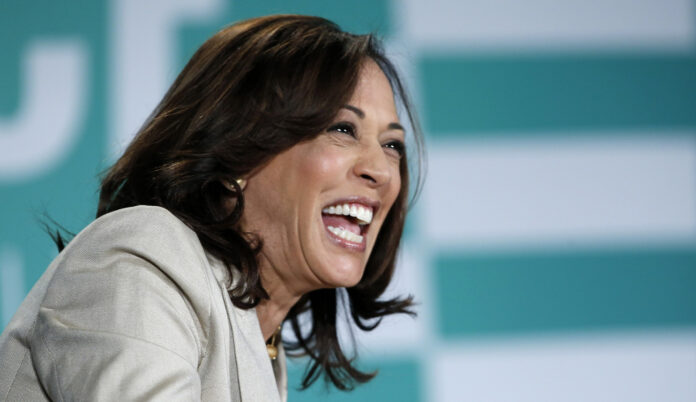 Vice President Kamala Harris might just reak some records yet as her time as Vice President of the United States is just getting going. According to a report at The Washington Examiner, the “border czar” might not be proud of this prize though.

Harris is reportedly “shockingly unpopular” with 48% of voters considering Harris to be unfavorable while 41% saw her favorably. That is notably lower than Biden’s approval rating and seems to be much less than the DNC might have hoped for an upcoming presidential candidate.

However, according to the Examiner’s report, the most troubling thing about the report is that not only is Harris overall considered not so likable, but 1 in 5 Democrats also put her in a negative light, as well as 3 in 5 independent voters (aka, the group that everyone fights over to decide the election).

“Considering the fact that the media spent the last two years trying to make Kamala happen, these numbers would be dismal in a vacuum, but compared to her predecessors, they’re unprecedented,” the Examiner reported.

This is especially bad news for the DNC, who is staring down the barrel of an election they likely know they shouldn’t have won, and a president that seems to be aging twice as fast as anyone else on the planet. Biden’s condition is getting decidedly worse by the week, as is becoming more and more difficult to hide in the media.

The president is being asked questions he says he’s not allowed to answer, and the ones he does answer, sometimes sound like someone talking in their sleep or on drugs. But it’s the young (by politicians’ terms) and vibrant Kamala, the first female vice president, and California’s shining jewel, that so many are hanging their hopes on.

Unfortunately for the DNC (read: fortunately for Americans) the American people don’t share their opinion, and are seeming quite unlikely to actually vote for a Harris/Anybody ticket in 2024, should they be unable to pass Biden off as a viable … anything, for a second time on the national ticket.

That’s rated on likability alone. The achievements of the Biden administration could still save her, right? Well, if they had any, maybe it would. Up to this point, over 100 days into the administration, the most that the most progressive administration to date has done seems to be just parroting the Obama administration, placating the loudest among the liberals and generally forcing Americans to brace themselves for more taxes and less liberties.

But wait, what about previous vice presidents? Can Harris, with her megawatt smile and seemingly always perfect hair, really be less liked than the old men who have held the position before her? Why yes, it appears she can.

Both former Vice Presidents Mike Pence (who was called all manner of horrific names by the left from chauvinistic to homophobic to oppressively religious) and Dick Cheney (the “warmonger” who actually shot a guy on a hunting trip, not that we blame him, but seriously) got better favorability ratings than Harris, and 2 out of every 5 Democrats approved of Cheney. Fellow Democrat Al Gore came in below Cheney in the VP hierarchy, but still landed above Harris (and we all know how his presidential bid turned out).

To sum up: Harris ain’t fooling anybody. The lady talks a good talk, but even the party that agrees with her doesn’t trust her any further than they can throw her. She might agree with the left on the surface, but it doesn’t take a rocket scientist to see that she’s self-serving and would likely sell out her own family (and definitely yours) for a step up in the political world. In other words, Harris doesn’t have a snowball’s chance in you-know-where of becoming president by being voted in … so Joe Biden, if you’re reading this, maybe sleep with one eye open? Heck, maybe just start by trying to stay awake through your press conferences, that’d be cool.