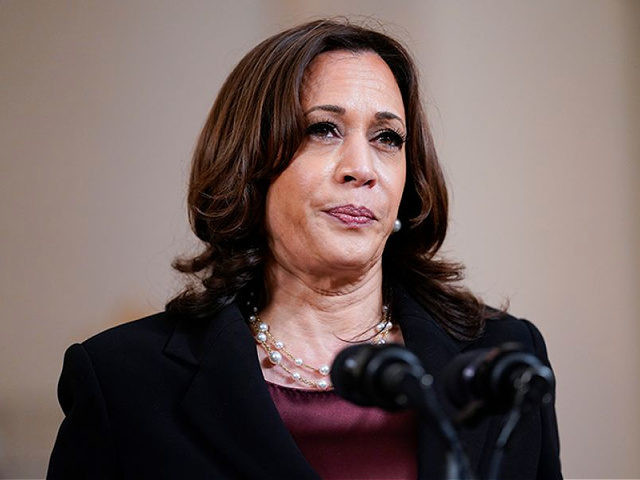 There’s a lot to be understood when Kamala Harris continues to refuse a visit to the southern border. Both an immigration crisis and a humanitarian crisis exist at the U.S.-Mexico border. Yet, the VP still refuses to visit – even when there’s a bipartisan push to do so.

It’s been months since President Biden tasked Kamala Harris with dealing with the immigration crisis. One of her first actions should have been to do down to the border to see the problem for herself. However, she has no desire.

Her disinterest in the immigration crisis should tell Americans everything they need to know: the administration is not interested in eliminating or even slowing the flow of migrants into the United States.

And, with both Republicans and Democrats now demanding that something be done, it also shows that the administration is not interested in appealing to what Americans want. They’ll do what they want, whether it’s what’s best for the country or not.

Harris believes that her mission as assigned to her by the president is to determine the “root causes” of migration. She also believes that a visit to the border will do nothing to address these causes.

Visiting the border would require her to acknowledge that there is, indeed, a problem. By choosing not to visit, she can remain ignorant to it.

Harris wants to determine the root causes for people leaving their home countries of Honduras, Guatemala, El Salvador, Mexico, and beyond.

Really? Anyone who has been paying attention already understands the root causes.

Joe Biden has offered an incredible invitation to people in poorer countries to enter the United States. Once in the country, they can obtain quite a bit…

Additionally, Biden is offering a pathway to citizenship.

Why wouldn’t people want to leave their home countries for a chance to get all of this?

By Harris ignoring the problem, however, it’s showing that the Biden administration isn’t interested in fixing anything. They’re content to let things go as they are – and this is where Democrats are even getting upset.

If Harris were to travel to the southern border, many Democrats believe it would show that the Biden Administration is making an effort.

The LA Times reported that Democrats and pro-immigrant advocacy groups are calling on a visit to the border from VP Harris. It will be a “high-level sign of the administration’s commitment to fixing the battered immigration system and so that Harris can witness the scope of the problem she has been asked to help fix.”

Representative Henry Cuellar, a Democrat who represents a district of Texas that covers nearly 200 miles of the U.S.-Mexico line believes that Harris is playing it safe by not visiting. He wants to see the issue managed quickly to focus on other things happening in the country.

Democrats and Representatives alike understand that for as long as Harris chooses not to go to the border, the problem isn’t really going to be addressed.

Harris continues to justify her decision by saying that there are other top officials who are responsible for border security. Specifically, she points to the Department of Homeland Security’s Secretary, Alejandro Mayorkas.

While that is certainly true, President Biden appointed Harris as the one who needs to ultimately deal with it. And if she believes that the only issue is border security at this point, she is definitely working with blinders.

Harris has declared that if the root causes aren’t dealt with, “we are just in a perpetual system of only dealing with symptoms.” Is it possible that she’s truly this ignorant? The root causes can be found within her administration. She and Biden are the root causes for the level of migration that has been seen since the beginning of the year. If Biden were to just reverse some of his first executive actions, a lot could be improved…