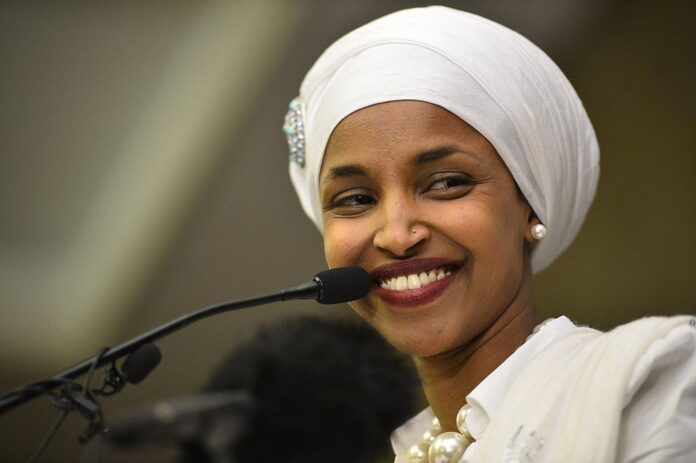 It’s insane when one member of Congress has decided that they want to hate everything about America and its allies. What’s even more insane is that there are enough liberals to vote her into office, even after she has identified her true colors.

Wait, isn’t Israel one of the allies of the United States? Why, yes. Yes, it is.

Yet, this liberal politician feels as though she can forget all of that. She is completely against the fact that we’re going to help our allies by selling arms so that they can protect themselves against the terrorist group Hamas.

The Minnesota Representative has called the sale “appalling” because “If this goes through this will be seen as a green light for continued escalation and will undercut any attempts at brokering a ceasefire.”

Apparently, she’s not familiar with the concept of self-defense. The U.S. is prepared to sell Israel $735 million worth of weaponry so that they can protect themselves. It ensures that they can be more accurate with their retaliatory strikes against Hamas and actually limit the civilian casualties.

Oh, but that’s not good enough for Omar. She wants to bring Palestine back into the picture, as she always does.

Although Hamas is indiscriminately firing rockets into Israel and Omar acknowledges that it’s a war crime, it’s still not good enough. She wants to call Israel out for being terrorists because of airstrikes in Gaza, claiming that Palestinians “deserve protection.”

The Representative wants to claim that there are missile defense programs such as the Iron Dome that won’t protect Palestinian civilians as they protect the Israelis.

Ahh, but the only reason the Iron Dome even exists in Israel is to protect them against terrorist groups like Hamas and their rockets. The system will catch some of the rockets – though at least 10 people have died from rocket fire. Without the dome system, how many would die? Surely, more than those who have died in Gaza.

It seems as though Ilhan Omar has positioned herself with the wrong group. She’s being more sympathetic with Hamas than she is with Israel.

Oh, that’s right. Omar has been an outspoken source of anti-Jewish and anti-Israel sentiment since she first entered American politics.

Omar might want to familiarize herself with what happens in war. People fight until an agreement can be made or until one side loses. She should know how this works. As a member of Congress, she should be familiar with how the United States came to be.

We, as a country, had to fight for our independence. We fought Britain and, eventually, we were able to become the United States of America.

Yet, Omar says that the United States shouldn’t “stand by idly by while crimes against humanity are being committed with our backing.”

The U.S. is sticking with our allies. Our ally is Israel – and that’s not going to change simply because of one Congresswoman who doesn’t know how to support the country she lives in and works for.

We have to draw the line as to who we are and are not going to side with.

We cannot protect everyone, especially when countries have proven that they don’t believe in the sanctity of life.

While Omar cries that we have to condemn the attacks on Israel instead of Gaza, the U.S. will continue to protect its allies against the terrorist attacks by Hamas.