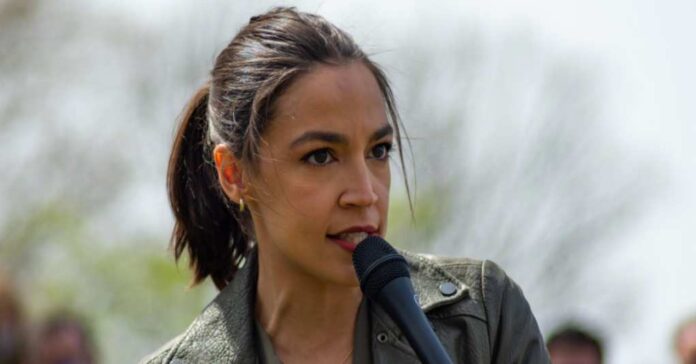 What she doesn’t realize or want to believe is that some people, both men and women, take a conservative approach. They have Christian values that believe that every life is precious and, therefore, shouldn’t be aborted. They also believe that God doesn’t make mistakes and, therefore, no one should be having a crisis of gender.

LGBT behavior is a sin.

Abortion is a sin.

It has nothing to do with gross politics.

Yet, AOC has decided to take it one step further and blame all of the men in Congress for all of the “gross” behavior. Why? Because men have the majority.

Each and every year, there are more women and more minorities elected to the House and Senate. Rather than focusing on the positive, AOC wants to point out where, in her opinion, Congress is still lagging.

AOC tweeted that “Quick reminder that the US Congress is 73% male and that’s the lowest it’s ever been, in case you want 1 small contributing glimpse as to why Roe hasn’t been treated w/ the urgency it deserved for ~50 years. (And why our politics are so gross towards women & LGBT+ people overall).”

There are 123 females in the House and 24 in the Senate. While some are just as left-wing as Alexandria Ocasio-Cortez, many are pro-life. They are happy to see that Roe v Wade has been overturned. And they work hard to oppose the LGBT agenda.

It’s surprising that AOC has decided to take such a sexist approach to her argument considering that she believes that women are just as powerful as men. Women are allowed to have their own opinions – and sometimes, they will choose not to agree with AOC, regardless of how loud she may become on a particular issue.

Just as women can choose to be pro-life and oppose LGBT agendas that are thrown out there for support, men can be pro-choice and support the LGBT agendas.

It has nothing to do with sex and everything to do with the moral decay of society. Many families stopped going to church decades ago and it shows in the way in which they view their “moral obligations.” Progressive ideas have become more mainstream. And as a result, it’s now completely acceptable to kill babies because they are an inconvenience. And it’s okay for men to be women and women to be men.

AOC’s rant is primarily because of her absolute fury over the Supreme Court overturning Roe v Wade. She seems to be ignorant of what Justice Samuel Alito actually wrote. “The Constitution does not prohibit the citizens of each State from regulating or prohibiting abortion. Roe and Casey arrogated that authority. We now overrule those decisions and return that authority to the people and their elected representatives.”

SCOTUS did not ban abortions. It simply resides at the state level. And that’s where LGBT policies should reside, too. It ensures that the people of the state can make decisions about what does and doesn’t happen in the state where they live.

If there’s anyone who is spreading misinformation right now, it’s AOC. She tweeted about how overturning Roe is “outlawing abortions” and that’s simply wrong.

Perhaps she needs to leave her post in the House and work within the Congress of New York state so that she can fight for the rights of the people she supposedly represents.

In the meantime, her sexist comments won’t age well – and every man who has ever supported her is likely reconsidering their actions.