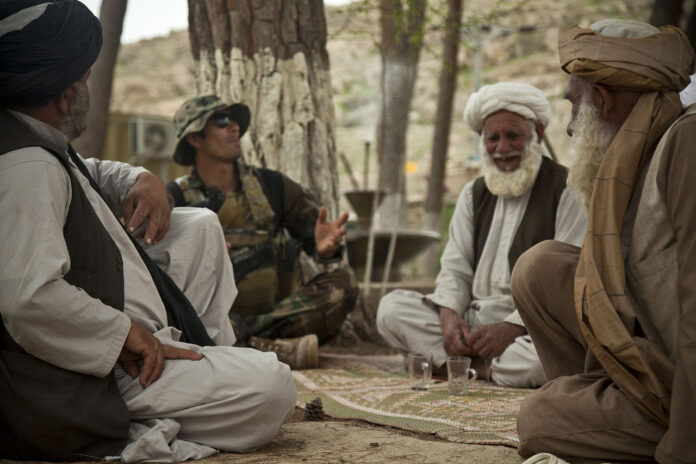 Pro-American Afghan interpreters who aided U.S. troops are being targeted by the Taliban. Since 2016, 300 of them have fallen victim. With U.S. involvement winding down these dual-language allies are hoping to hitch a ride to America, but thus far they’re thumbs are being ignored. The love they showed our troops is not being returned.

The platoon commander who Ayazudin Hilal was assigned to not only wrote him an official letter of recommendation but also presented the interpreter with a medal of accommodation. Hilal risked his life in dozens of deadly firefights. They were meaningless. His hopes of relocating his family to the U.S. were dashed when his visa request was denied.

Interpreters are not alone. Thousands of Afghan civilians risked their lives by helping American and NATO forces in various capacities. They’re now finding out what a huge mistake that was as they watch the very lives they helped protect and save turn them into tin ducks in a shooting arcade at the Taliban’s mercy, of which they have none.

“The Taliban is calling us and telling us, ’Your stepbrother is leaving the country soon, and we will kill all of you guys,” Hilal said. At 41, he fears his six children will soon be fatherless.

This is but one of the present uncertainties as troops begin pulling up tent stakes. The Taliban will become stronger and more violent as new terrorist spin-offs start popping up. They’ll all want in on this new run of freedom and they all share different convictions worthy of spilling blood over. Welcome to the never-changing Mid-East.

The very few gains achieved by the nation’s oppressed women will go back to square one when whichever radical faction, probably the Taliban, gains full control. The country is also chock-full of ruthless small-time warlords who, without interference, will regain control over small areas or even neighborhoods. Some of them work in conjunction with the Taliban to help carry out their dastardly deeds.

The only method of getting to the U.S. for the interpreters and the many other helper-bees is to apply under a 2009 special immigration visa program (SIV) designed for fleeing Iraquis who assisted the U.S. or NATO. But this program has come under intense scrutiny for its complexity and long-drawn-out procedures. Something the soon-to-be abandoned Afghans don’t have time to navigate.

The Biden administration is taking a look-see at the problem beginning with an applicant’s right to contest being rejected, but considering what it entails to even reach this stage, it’s all for show. They claim to also be examing the cause of the delays and U.S. Secretary of State Antony Blinken said the U.S. is committed to helping the soon-to-be-dead Afghan’s out.

Mohammad Shoaib Walizada, an interpreter who marched into battle with the U.S. Army, indicated there are no if’s about it. “They absolutely are going to kill us,” he said. Afghan civilian allies who were careful to remain low-profile for fear of Taliban reprisal are now speaking out in protest. At this point, with their heads already dangling under a Taliban sword, they have nothing to lose and everything to gain.

Since 2016, 300 interpreters have been hunted down and murdered. Matt Zeller who served in Afghanistan as a U.S. Army officer is the co-founder of No One Left Behind. After fighting side-by-side with these brave souls, the organization advocates for getting them the hell out of there while we still can. “The Taliban considers them to be literally enemies of Islam. There’s no mercy for them,” said Zeller.

If you aren’t upset yet, the currently anticipated length of time for the SIV wheel of fortune to decide who wins a visa is an astounding three years. How’d that work for you? Service members are also bugging Congress to get this taken care of post-haste. In response to their growing pleas, State Department spokesperson Ned Price said they’ve increase staff at the U.S. Embassy in Kabul to help process the requests faster.

Once again, smoke and mirrors. Helping the Afghans fill out the forms more quickly has no impact on what happens to the application once it arrives in D.C. Unless the Biden administration acts quickly, these friends of the U.S. are dead men walking. That’s what being a nice guy will get you sometimes.