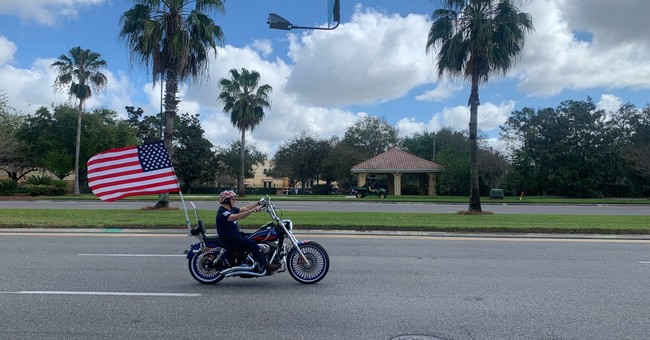 I’ll be honest–I didn’t want to report on this story. I wanted to post an upbeat, patriotic 4th of July article touting the greatness of America and the boundless possibilities of our great nation. I also wanted to write about the fabulous economy, the roaring stock market, the peace and love in our times, but that was not to be either.

I’ll get to the numbers in a minute, but I can sum them up in one sentence: the number of Americans feeling proud of their country is down. Way down.

But I will not lie down so easily! I have an explanation, and it’s not so terrible. This country doesn’t suck, and despite the polls–hold your horses, I will discuss them soon–there’s no reason to panic. There are two reasons Americans are so pessimistic, and not surprisingly in these times, they fall along party lines.

One, Democrats are the professional Misery Crowd, and love to crow that everything America is bad and tainted by things people did centuries ago, ignoring the fact that we’ve also done incredible good in the years since–freeing slaves, saving the world in two world wars, passing Civil Rights laws; the list goes on. Dems are also in a permanent hissy fit over recent Supreme Court rulings, so it’s not surprising that they’re dissatisfied.

Two, the large number of Republicans not feeling pride in our country right now probably has much more to do with the regime in power than it does with our principles and our history. Republicans have long polled as more patriotic and loving of America than Democrats, but it’s no surprise that they’re feeling low with this current administration’s record inflation, rampant crime, woke divisive politics and punishing energy policies. It doesn’t mean they don’t love America–at least the America they remember just a few short years ago.

The Fox News poll was released Thursday and shows that only 39 percent of respondents claimed they were “proud of the country today,” down 12 points from June 2017 (the last time the question was asked) and 30 points since June 2011.

Yeah. That’s not something I wanted to report as we head into the celebration of our nation’s founding. Fox piles on:

Black voters remain in the “not proud” column, though the margin is shrinking: from a 28-point margin five years ago to a 9-point margin today.

The most notable decrease was in Republicans, who were “proud” by a 31-point margin in 2017 but were “not proud” by 24 points in the new poll. Again, I would argue that the poll does not show what it purports–that Republicans don’t like America–but that they are unhappy with the current regime. Watch the numbers shoot right back up when the Red Wave comes in November.

Democratic pollster Chris Anderson, who conducted the Fox News poll with Republican Daron Shaw, seems to agree with me that’s it’s more about politics than love of country:

Whereas once being proud of America was treated as a prerequisite for being patriotic, that too has been subsumed by partisanship. It seems for many pride and patriotism are no longer about our democratic freedoms but about the person in the White House.

It saddens me that so many Americans don’t feel “proud” of a country that has brought so much good to the world. Much of that is because the divisive Biden Administration has brought this country to its knees on so many levels. I remain hopeful, though, that starting in November when we start to vote these zealots out, this great nation will return to its dominant position on the world stage and citizens will once again feel honored to be part of the Great Experiment that is the United States of America.