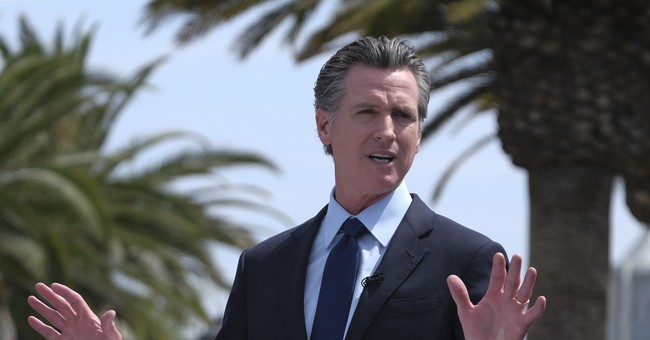 As Gavin Newsom gears up for a presidential run, inside his 2022-2023 state budget allocation, California will become the first state to offer all undocumented migrants state-subsidized health insurance.

This plan by Newsom is similar to the single-payer health care system proposed by Bernie Sanders called “Medicare for All,” except it will guarantee healthcare to undocumented people as well. According to The Hill, it provides state-funded health insurance to eligible residents and will cover an additional 700,000 undocumented migrants ages 26-49. It will begin no later than January 1, 2024.

As it stands, those who are currently uninsured will be insured. It is unclear how it will be paid for, but it will likely be through the state’s surplus or from the hard-working taxpayers. It is important to ensure everyone has health care coverage; however, citizens who pay for their own healthcare coverage should not be responsible for paying for other people’s healthcare as well.

Homelessness is exploding in California’s state capitol. Veteran homelessness has decreased, but there are still veterans sleeping in shelters. Newsom and other California leaders are not serious about getting homeless people into rehabilitation or mental health help for those who need it, nor have they reduced the drugs pouring into the state because of the open-air drug markets, free to do whatever they want.

Authorities said nearly 2,000 homeless people died in Los Angeles County alone during the first year of the pandemic, not because of COVID-19 but mainly due to drug overdoses. Newsom himself noted that some of the major cities in his state look like a third-world country.

Due to Newsom-backed DA George Gascon and now-recalled DA Chesa Boudin, crime has been rampant in major cities, especially Los Angeles and San Francisco. The voters in Los Angeles County will have the opportunity to recall Gascon if the campaign reaches enough verified signatures by July 6. Newsom supported and still defends prop 47 which reduces theft and drug possession offenses from felonies to misdemeanors.

There are many great things about California, including being the fifth largest economy in the world. But under Gavin Newsom, people feel unsafe, there are encampments in many major cities, the open-air drug markets increased their presence, 40 percent of small businesses were forced to permanently shut down due to the lockdowns, and the refusal by Newsom and the Democratic supermajority assembly to suspend the state gas tax has created an exodus. For the first time ever, California’s population shrank in 2020. It also shrank in 2021. People are voting with their feet for various reasons. But California is worth fighting for because the saying “As goes California, so goes the nation” holds true to this day.

Any time Newsom has been in charge of a city or state, homelessness has increased, and crime has increased as he looks to appease special interests instead of the citizens’ wants and needs. He talks a big game and makes big, bold promises but does not deliver. Newsom has and always will serve his special interests. He governs by looking down on citizens instead of listening to the citizens and making the changes necessary to make California livable, safe, and affordable.

Take it from a Californian, a Gavin Newsom presidency would be a disaster for the United States of America.