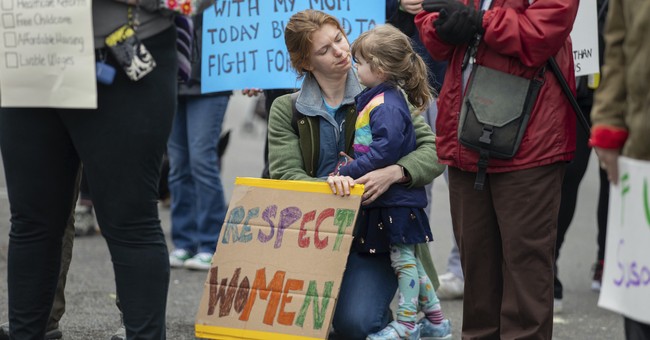 Like California, New York has not been shy about its support for abortion. It was the first state to legalize infanticide for Pete’s sake. From Governor Kathy Hochul to New York City Mayor Eric Adams, the Democrat leadership in the state has not been quiet about the overturn of Roe v. Wade, and the New York Legislature is working on codifying abortion in the state constitution as I write.

All well and good. The Supreme Court’s ruling in Dobbs v. Jackson’s Women’s Health Organization was for this very purpose: to return the decision on what to do with abortion back to the states. And like California, New York has drawn its line in the sand. To paraphrase George Wallace: Abortion Now, Abortion Forever. This is New York’s rallying cry.

But using children to promote this philosophy? That’s beyond the pale.

Newsbusters gives us the skinny, via Libs of Tiktok:

In the abortion-loving New York City, a day camp has made children march while chanting “bring Roe back,” as exposed by the consistently good @libsoftiktok. The tweet shows a line of children being escorted by the staff.

The mind boggles. Beyond the day camp programs and the cost of admission, parents now have to vet the day camp to ensure that what they thought was a carefree summer doesn’t turn into a demonstration.

Back in January, a Westchester, New York publication wrote this encouragement to parents to entice them to send their kids to camp this Summer.

The pandemic has been devastating for young people. Despite recently qualifying for vaccines and even boosters, kids have lost many freedoms, opportunities, and joys that they once cherished. “After the past few years of living in a global pandemic, children have a strong need for a place where they can socialize, try new things, make friends and have fun in a safe place,” Halpern says. “Camp is just that. Unlike school where there is a need to sit quietly and focus on academics, camp is a place where children can grow in a hands-on environment. At camp, everything that campers participate in becomes a learning experience, whether it is trying new things or learning a new and different way to do things.”

The children in this day camp certainly learned a new and different way to do things, but I don’t think this is what the writer of the article or the children’s parents had in mind.