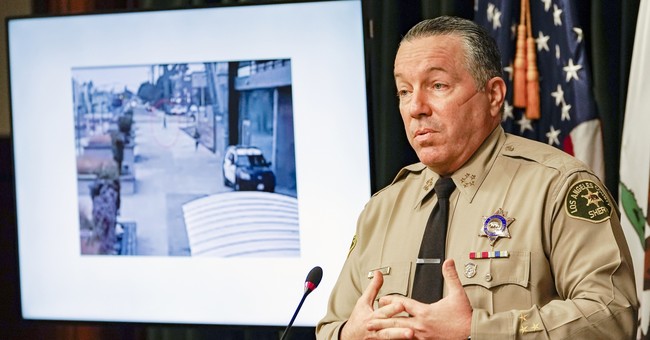 A few years ago, West Hollywood issued an official decree that calls for pets (dogs, cats, and your occasional goldfish) to be called “pet companions.” Their human owners were to be referred to as “guardians.” The city council also approved an ordinance prohibiting the sale of animal hair. West Hollywood currently doesn’t allow for the sale of any fur products within the city limits. The ban includes wool because, of course, it does.

Since the city only banned the sale of fur, Pride Parade participants were free to wear phony fur and feathers. Leather, no-back chaps can still be worn by the substantial gay community of West Hollywood 12 months out of the year, you just can’t sell your fur throw.

In short, West Hollywood has always been “out there” with city council silliness, but the aforementioned weirdness was just, well, silly, not harmful to the city residents. But that changed on Monday, when the city council, by a vote of 3-2, defunded cops. It decided that the 137-percent increase in crime would be best addressed by cutting its police force.

One of the three councilmembers voting to slash the budget for policing is Mayor Pro Tem Sepi Shyne. Her bio says she’s gay, which in West Hollywood is like saying your breathing; she voted to replace cops, saying that it was time to “reimagine policing.” She assuaged concerned city residents that the city’s massive increase in crime will be met with force. The city will deploy a force of 30 “safety ambassadors” to replace cops.

On Twitter, Shyne was proud to announce that the city budget would bring back an Entertainment Policing Team. I don’t know what that means, or how that will solve skyrocketing crime, but Shyne is pretty proud of her efforts to cut cops from the budget. Shyne’s bio tell us that she lives in West Hollywood with her wife and fur-babies. One wonders, if one of her fur babies is stolen off a leash, will she dial 911 and ask for a cop-or request that the city roll out a safety ambassador?

In Minneapolis, after the Floyd rioters burned down a police building and then the country was torched, that city council decided to cut police funding. Shocker – It didn’t work out. By December of 2021, reality had set in.

When criminals start looting festival booths of Russian eggs, vodka and caviar, fake fur boas, and red leather chaps, will safety officers be dispatched to reason with the thieves? Who knows, but it won’t be cops. Good luck, “WeHoCity” (yes that’s what they call their city) with fewer cops; it has worked out spectacularly for every city that’s tried it.