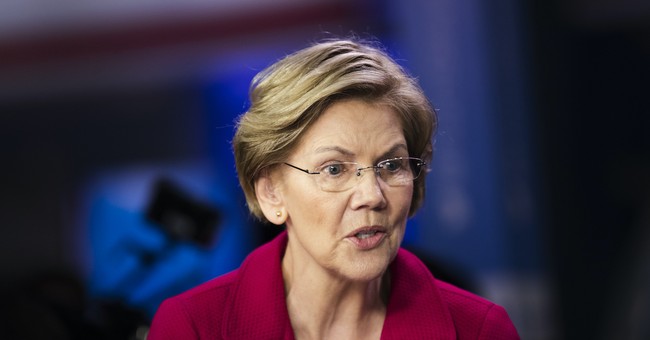 It has generally been the norm for U.S. leaders not to comment negatively on the decision of the Supreme Court. Or at most, if you disagree with their decision, to say that while you might not agree, it is the ruling of the Court, and you will uphold the validity of the Court.

The Biden Administration and Democratic lawmakers have thrown all that out the window — and with that any credibility that they had when talking about “overturning elections” or “undermining democracy.” Not that they had any on those subjects, to begin with.

But not only did the Biden team run down the Court, but they also did it in comparison to the rest of the world, in true anti-American fashion, lying along the way.

Joe Biden claimed that the U.S. was now an outlier in the world with the SCOTUS decision and declared they had made “terrible decisions.”

As my colleague Bob Hoge observed, this wasn’t true. Indeed, now we are more in line with nations in Europe, and less like the true radical outliers of North Korea and China.

“The Supreme Court has taken away the established, fundamental, constitutional right to abortion from millions of Americans. This is a cruel, dark and dangerous decision,” Thomas-Greenfield said. “What makes this decision so heartbreaking is that Americans had a clear and unequivocal constitutional right stripped away.

“Roe v. Wade not only protected the right to privacy, it also reaffirmed basic principles of gender equality. … I have traveled the globe advocating for women’s rights. Now, this decision renders my own country an outlier among developed nations in the world.”

This is Obama 2.0. Not only are they undermining the rule of law, they’re putting us down before — and in comparison to — the rest of the world because we are valuing the Constitution and life, and allowing the people to decide for themselves to vote on the question.

Justin Trudeau, who attacked the rights of his people over the pandemic, had the nerve to criticize us.

“The news coming out of the United States is horrific,” Canadian Prime Minister Justin Trudeau declared. “My heart goes out to the millions of American women who are now set to lose their legal right to an abortion. I can’t imagine the fear and anger you are feeling right now.

“No government, politician or man should tell a woman what she can and cannot do with her body. I want women in Canada to know that we will always stand up for your right to choose.”

Michelle Bachelet, the United Nations High Commissioner for Human Rights, who refused to criticize China’s alleged genocide of the Uyghurs, said overturning Roe v. Wade represents a “major setback” for sexual and reproductive health in the U.S. Valuing human life is a bad thing, apparently, to the UN, and concentration camps are just ducky.

Rebekah Koffler, president of Doctrine & Strategy Consulting, and a former Defense Intelligence Agency officer noted that Russia highlighted Biden and the Democrats’ attacks on the Court and the protests were widely reported.

“Russian Gazette [Rossiyskaya Gazeta], the Kremlin’s official newspaper, emphasized that President Joe Biden disagreed with the decision, translating his quote characterizing the decision as painful and destructive for many Americans.

“The Russian media also highlighted the ‘thousands of protests’ and the warning by U.S. intelligence of heightened risk of violence toward judges and other government officials. Typically, Moscow exploits mass protests in the U.S. to amplify discord and divisions in America through social media in the attempt to help foment social unrest.

We already heard House Speaker Nancy Pelosi (D-CA) trash the Court and call on people to rise up, Rep. Alexandria Ocasio-Cortez (D-NY) called the Court “illegitimate” while chanting with a member of the Revolutionary Communist Party; Rep. Maxine Waters (D-Ca) declared that they needed to “defy” the Supreme Court.

The Biden team’s attacks on the Court are shameful.

But now, you have a Senator on board trying to undermine the Court as well. Sen. Elizabeth Warren (D-MA) attacked the Court claiming that they no longer had any legitimacy. She also lied about the Court wanting to overturn other “rights.”

“They just took the last of it and set a torch to it,” she continued. “I believe we need to get some confidence back in our Court and that means we need more justices on the United States Supreme Court.”

Warren shouldn’t be talking about the legitimacy of anyone else, given her lies about herself. But again, here’s a blatant effort to overturn the Court and their settled decision, even as she rails about “settled decisions.” They have issues with Republicans even questioning elections (even though Democrats have done that-and more-over the years) But here, if the Supreme Court doesn’t do what she wants, she wants to blow things up and add to the Court until she gets it. That’s such a Harry Reid move. Don’t they ever learn? Don’t they know that would blow up on them, too? But Democrats don’t care if the institution of the Court is harmed-all they care about is their power.