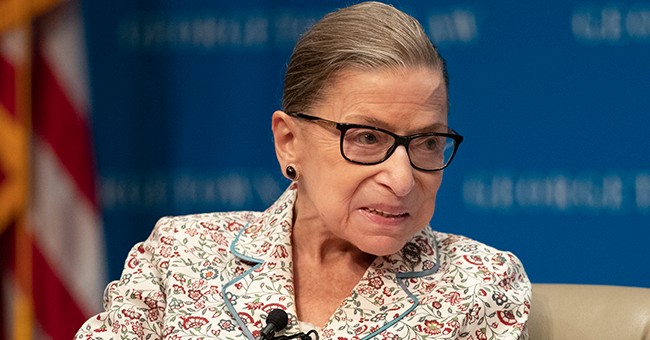 Pro-abortion supporters have raged against the Supreme Court, former President Donald Trump, red states, and more in the aftermath of the momentous SCOTUS decision Friday that overturned Roe v Wade. Now they’ve set their sights on a new target–the late Justice Ruth Bader Ginsburg, who was known for her support of women’s rights and famously earned the nickname the “Notorious RGB.”

There’s even an RGB action figure for you to purchase, should you be so inclined. In 2017, she described herself as a “flaming feminist litigator,” but none of that is apparently enough to avoid rabid criticism from the Left.

Her crime? Failing to retire while Barack Obama was still president. By dying in office in 2020 at age 87, she left open a seat that Trump filled with conservative Justice Amy Coney Barrett. Had RGB retired when she was “just” 85 or so, Obama presumably would have appointed Judge Merrick Garland, who almost certainly would not have ruled against Roe.

Columnist Scott Feinberg implies her legacy is tarnished by her refusal to step down:

Some of the fanatics were nastier than that, feeling no shame about attacking a deceased person:

What these critics are missing is that almost nobody thought Donald Trump would beat Hillary Clinton in the 2016 presidential election. It hardly seemed a risk for Ginsburg to stay on a few more years. A mere three days before the election, a poll showed Hillary had a 99-percent chance of winning. It seems a little twisted to fault Ginsburg’s apparent logic that there was nothing to fear by staying on the job.

Another unhinged tweet reads, “Reminder: Ruth Bader Ginsberg opted to die in her seat under Trump instead of pave the way for an appropriate replacement under Obama. The road to hell is paved with white feminism.”

Wow, how do you really feel?

Liberals are getting truly nasty out there. My colleague Jeff Charles reports on the repeated use of the “N-word” on Twitter in recent days to describe Justice Clarence Thomas. It’s not surprising then, that besides Ginsburg, they’re also turning on others on their own side. Even former President Obama, a cult-like figure in the Democratic party, can’t escape the heat. Writes freelance journalist Eoin Higgins:

Thanks especially to RBG today for making this possible.

Also thanks to Obama for not recess appointing Garland or whoever to replace Scalia, your inaction and failed presidency helped make this moment a reality.

Ouch. Barack isn’t going to like that. And you didn’t think Biden would escape unscathed, did you? Writes screenwriter Thomas Cunningham:

The Dems refused to Codify Roe even when they had the power to. RBG refused to retire when Obama could pick her replacement. Biden promised he’s codify Roe. Didn’t. Trump win is only 1 part. The other is Dem failure.

Not to be left out of course is the Left’s favorite boogeyman, Orange Bad Man. The Washington Post writes simply, “For the fall of Roe v. Wade, thank Donald Trump.”

We knew the Left would freak out if Roe were overturned and would slam Trump, SCOTUS, Clarence Thomas, and Republicans with their overheated, incendiary rhetoric, and predictably, they have. What’s interesting to see here is them turning on their own icons like Obama, RGB, and Biden. It’s hard not to feel a little schadenfreude in watching them eat their own. As the saying goes, they’re getting a little taste of their own medicine.