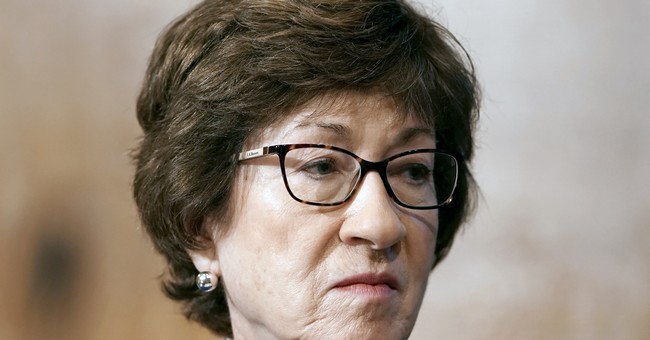 Yesterday was an extraordinary day. Juxtaposed with the fake January 6 clown show that is attempting to portray a demonstration at the US Capitol as some sort of attempted coup, we had our so-called President, the Attorney General, and the Speaker of the House attacking a Supreme Court decision that eradicated a national disgrace (BREAKING: SCOTUS Overturns Roe (and Casey) in 6-3 Decision).

While unseemly-the Attorney General’s statement carried a whiff of “insurrection’ because it seemed to hint that the Department of Justice would not adhere to the decision-it was the kind of partisan drivel that we’ve come to expect from a political party that, in aviation parlance, is out of altitude, out of airspeed, and out of ideas. More dangerous was the criticism of three justices in the Dobbs majority, Justices Brett Kavanaugh and Neil Gorsuch, by Senator Susan Collins (Vichy-Maine). In her statement on the Dobbs decision, where she cried about the difficulty this decision placed on women desiring to kill their offspring, she made a very personal attack on the integrity of those two justices.

This decision is inconsistent with what Justices Gorsuch and Kavanaugh said in their testimony and their meetings with me, where they both were insistent on the importance of supporting long-standing precedents that the country has relied upon.

While we cannot know what transpired in private conversations between Collins and Gorsuch, and Kavanaugh, we can look at what was said in the confirmation hearings. Here I will rely on the yeoman’s work done by former RedState and current National Review contributor Dan McLaughlin.

FactCheck.org walked through the statements, and you can read them at length for yourself. Consider the three most recent examples. Neil Gorsuch, for example, testified that

As a general proposition, I understand the importance of the precedent set forth in Roe v. Wade. . . . [It] is an important precedent of the Supreme Court. It has been reaffirmed many times. It was reaffirmed in Planned Parenthood v. Casey in 1992 when the court specifically considered whether to reaffirm it or whether to overturn it. In that case, in great detail, the three-justice opinion of Justice Kennedy, Justice Souter and Justice O’Connor went through all the factors, the stare decisis factors, analyzed those, and decided to reaffirm Roe. That makes Casey precedent on precedent. It has been relied on. Casey itself has been cited as authority in subsequent cases such as [Washington v.] Glucksberg and other cases. So that precedent on precedent is quite important as you think about stare decisis in this context.

Every word of that description is an accurate account of the history of Roe. But Kavanaugh also reassured Senator Lindsey Graham that he was open to arguments for revisiting precedents: “Precedent is critically important. It is the foundation of our system. But you listen to all arguments.”

While Gorsuch and Kavanaugh were the targets of Collins’ diatribe, Amy Coney Barrett has been hit with the utterly false claim that she acknowledged Roe as a “super precedent.” This is an example, though, in fairness, I will point out that the writer did delete this tweet and correct it. It is just the best example of the claim made against Barrett.

Barrett actually said just the opposite during her confirmation hearing when she remarked that Roe was constantly under attack.

The record clearly shows that neither Gorsuch nor Kavanaugh said anything in their confirmation hearing beyond acknowledging that Roe was a precedent and their belief in stare decisis. Nothing they said can be interpreted by a relatively sane person as anything but a punt. There is no reason to think that they lied to Collins in private, and every reason to believe that Collins was just too dumb to hear what they said and focused on what she thought they said. Precedents are overruled all the time. The Court that decided Brown vs. Board of Education was well aware that Plessy vs. Ferguson was a well-established and widely accepted 60-year-old precedent, though I’m pretty sure that most would agree that only the most stupidly literally-minded court would have voted to retain it.

It is one thing to disagree with a judge’s ruling. Wrongfully accusing them of lying to get the position is an entirely different proposition.