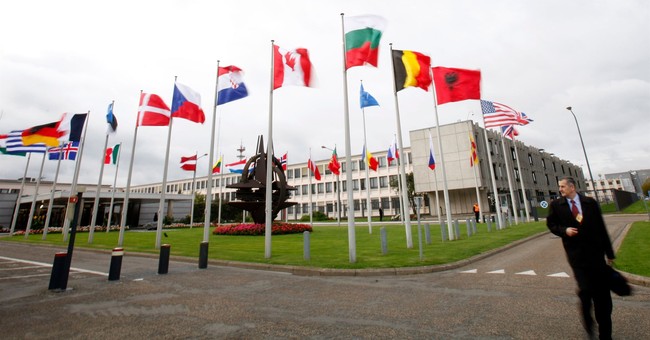 Joe Biden said in his angry post-Roe speech that America was now an “outlier” in the modern world due to our abortion laws. The problem is, that’s not true–or at least not in the way he meant it. While he clearly meant that our laws were way more restrictive than most countries, the only real way that we’re an outlier is that our laws are often looser.

Said Biden Friday in his remarks at the White House:

According to Fox News though, European nations largely have abortion laws that are similar to those supported by Republican-led state governments.

Let’s look at some those countries: In Poland, abortion is only permitted in cases of rape, incest or when the mother’s life is in danger. In Ireland and Germany, abortion procedures are banned in the majority of cases after 12 weeks, Italy after just under 13 weeks, and France, Austria and Spain after 14 weeks.

Note that the Mississippi case the Court decided on, Dobbs v. Jackson Women’s Health Organization, concerned a ban after 15 weeks. Not so different after all.

North Korea, China, and Vietnam, meanwhile, allow abortion past 20 weeks. Great, we want to be just like autocracies like North Korea and China which aren’t exactly known for valuing human life.

“Upholding laws restricting abortion on demand after 20 weeks would situate the United States closer to the international mainstream, instead of leaving it as an outlying country with ultra-permissive abortion policies,” the Charlotte Lozier Institute, a pro-life group, stated in 2014.

The (Supreme Court) ruling eliminates the national right to an abortion, which puts the U.S. at odds with other developed nations, including the other six G-7 nations, most of which have laws or court rulings that provide for abortion access on a national basis, though with restrictions. The U.S. ruling does leave in place state laws that permit abortion.

There are a couple of problems with this analysis. One, Politifact makes the “mostly true” statement after sharing a long list of restrictions that other countries have in place, similar to the list I wrote above. So how are we an outlier? Two, unlike most European nations, ours is a federalist system, whereby any powers not enumerated in the constitution fall to the states. As PolitiFact notes, “the U.S. ruling does leave in place state laws that permit abortion.” In fact, states like California and New York are aiming to pass some of the most permissive abortion laws in the world. Maybe that’s where we’re an outlier.

Three, why are Leftists always pointing out that we should be more like Europe? We’re not Europe, and we don’t aspire to be. While there are some great things about it, we didn’t get to be the most powerful country in the world by emulating our friends on the Continent.

As I point out here, Biden has flip-flopped like a beached fish on abortion during his decades-long career. Nevertheless, in the aftermath of this milestone decision, Biden, Pelosi, AOC, Maxine Waters, and others are hell-bent on riling up their base and even seem to be calling for violence.

When Joe Biden calls us an outlier, he’s once again stretching the truth. Biden has always lived by the words of Mark Twain–“Never let the truth get in the way of a good story.”