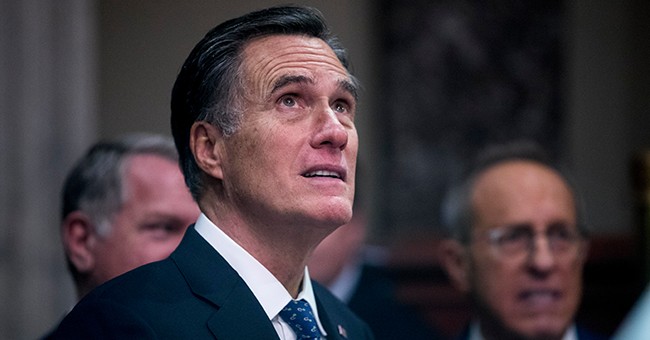 On Thursday evening, some of the Senate Republicans shamefully went along with the Democrats in passing a bill that abridges the constitutional rights of Americans and gives Democrats a victory in their gun control battle.

As we reported, the bill passed in the Senate, 65-33. Every Senator who caucuses with the Democrats voted yes. Here are the 15 Republicans who sold us out and voted for it.

Now some of them did it because they were retiring and so they didn’t care about their “careers” or our votes. Others were just elected and/or don’t face re-election until 2026 and are likely counting on us forgetting the betrayal of our gun rights.

Sen. Lisa Murkowski (RINO-AK) is up in 2022 and Sen. Mitt Romney (RINO-UT) is up in 2024. They were already going to get primaried, although in Alaska they now have open primaries and the top four people go to the general election where they will have ranked-choice voting. So that likely helps Murkowski.

The bill now goes onto the House and is likely to pass there on Friday.

As my colleague Jennifer Van Laar explained, the bill contains some very concerning provisions, including funding for broad red flag state laws that can impinge upon our due process rights.

Ironically, it passed the Senate on the same day that we got a great gun rights decision from Justice Clarence Thomas that Democrats including Joe Biden and NY Gov. Kathy Hochul lost their minds over on concealed carry. The 2021 9-0 decision in Caniglia v. Strom already called into question some red flag laws, ruling against search and seizure without due process, so the lawmakers may want to check that out before they trip over it.

But these Republicans don’t care about the Supreme Court or our rights. It’s particularly harmful at a point where all on the right should be concentrated on holding together to defeat the Democrats in November, not melting like snowmen in the sun to help the Democrats achieve their gun control aims. Republicans are at record enthusiasm and have the best generic position on the Congressional ballot in years. They’re perfectly poised to boot the Democrats out if they hold together and listen to the base. This doesn’t help the Republicans’ cause when they make moves like this.