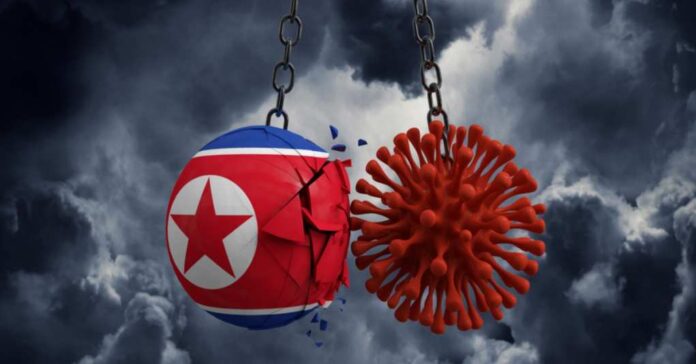 When North Korea isn’t launching missiles into the nearby international waters for attention or starving its people out of sheer ignorance, it’s apparently battling a mysterious plague. As if North Koreans don’t have enough to deal with, there’s an intestinal sickness that is only adding to the problems caused by COVID-19.

Many people within the country are already being quarantined because of COVID-19. For nearly two years, while most of the world battled with the coronavirus, North Korea promoted that they had zero cases. We know that’s not the case any longer as they have come forward to admit that they have cases. And it’s more than just a few.

Kim Jong-un has ordered quarantine measures – but now there’s an intestinal illness that is breaking out on top of COVID – and it’s leading to even more quarantine until an investigation can be carried out.

According to a report by Al Jazeera, “[Kim] stressed the need to contain the epidemic at the earliest date possible by taking a well-knit measure to quarantine the suspected cases to thoroughly curb its spread, confirming cases through epidemiological examination and scientific tests.”

Apparently, senior officials are already planning on sending aid to at least 800 families who are in the heart of where the epidemic is taking place, which is in the southwest part of the country.

Reuters reported that those within Haeju City and Kangryong County will be receiving medicine, food, and daily necessities.

The last thing the world needs is another pandemic. Many countries are finally able to move past COVID and get back to normal. South Korea’s Unification Ministry is monitoring what’s going on in North Korea so that it can prepare

Inter-Korean affairs are being carefully managed. Seoul will be monitoring the outbreak, and according to Reuters, it is believed that the gastrointestinal mystery plague is either cholera or typhoid.

Typhoid is a waterborne disease, and it’s already a fairly known problem in North Korea. As such, the country should know what it is, rather than trying to promote it as some kind of mystery plague.

Further, if it is typhoid, it’s not necessarily about the outbreak but about the timing of it. Professor Shin Young-jeon, who is at the College of Medicine of Seoul’s Hanyang University explains, “Intestinal diseases such as typhoid and shigellosis are not particularly new in North Korea but what’s troubling is that it comes at a time when the country is already struggling from COVID-19.”

Kim has worked hard to cut himself off from much of the rest of the world. He fires missiles instead of heading to the negotiating table. He wants sanctions lifted so that he can help his people – but he refuses to give up anything in return for such sanctions being lifted. As such, he wants to keep the country in a bubble, which means that they can’t get the imports that they need in order to live comfortably.

The country is starving. They’re getting infected with COVID. And now, they might be getting hit with typhoid or another illness.

The country is in need of serious help. Kim has decisions to make. He can either be accused of countless human rights violations as he watches his people die or he can ask for help from the countries around him. His pride may be the death of those around him.

As the “mystery” plague makes its way around the country, Seoul will be watching closely to see if there’s a real concern.

Right now, we’re in a “wait and see” kind of status.