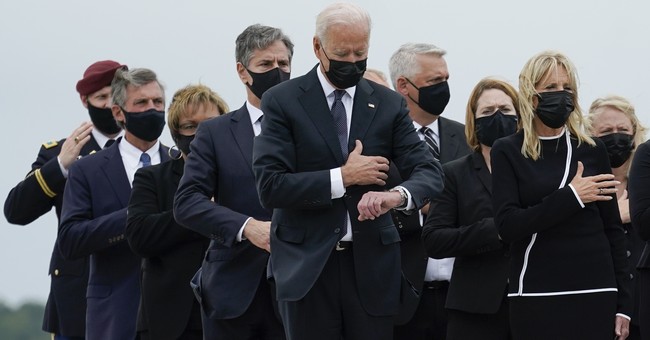 When I was tapped to accompany President Bill Clinton and carry the “nuclear football,” which contains the top-secret codes (among other things) the president needs in case of nuclear war, I was proud and grateful. As a career Air Force officer and pilot, I’d literally served around the globe, operating in and out of sixty-nine countries, and I’d flown combat missions in Grenada, the Persian Gulf, Rwanda, Somalia, Haiti, and Bosnia. I was honored to assume this new and awesome responsibility.

But my experiences in the Clinton White House turned my gratitude and awe into shock, revulsion, and sorrow as I saw first-hand the careless and utterly selfish way in which Clinton and his administration ran our country. It wasn’t “nation first,” it was “politics first” — and our military and our national security suffered. So retired, and out of uniform, I wrote “Dereliction of Duty,” documenting our former president’s contempt for the military, his indifference to important issues except insofar as they served his own political or personal purposes, and his failure to accept his responsibilities as our commander in chief.

I walked out of the Clinton White House on my last day in the spring of 1998. I had personal experience with Clinton’s many missteps on several fronts militarily, including our failure to remove Osama Bin Laden prior to that terrorist’s attack on US soil on 9/11 and the very palpable disdain military members had for their “commander.” There’s an inviolable tenet in the military and everybody gets it – you can’t demand respect; you have to earn it. In my personal case, I was renewed and “re-bluing,” heading back to my service as a pilot and a commander. I was privileged to serve as a commander at the United States Air Force Academy where I could lead aspiring young officer candidates. After retirement, I penned my first book as a clarion call to all Americans. When we vote for a president, we vote for a military leader. We’d failed miserably with Bill Clinton.

Now, tragically, I see history repeating itself in the presidency of Joe Biden. Only this time, the misconduct of Biden and his woke cronies in the Pentagon have led to the disastrous withdrawal in Afghanistan directly leading to Americans needlessly dying and the delivery of millions of dollars of American military weapons to the Taliban, our enemy. Concurrently, the Biden administration is also playing dangerous games with social engineering in our forces (prioritizing “equity” over “capability”), positing notions that the greatest threat globally to our troops is climate change and sending millions of dollars of U.S. military arms and equipment to Ukraine which is likely buying cover for his and his son’s financial involvement. Our stature on the world stage is appropriately cast as our leader falling upstairs and falling off bikes. Our nation cannot abide fools in leadership, yet here we are again.

From my point of view as a military veteran and analyst, it seems the unifying theme of Democrat presidents Jimmy Carter, Bill Clinton, Barack Obama, and now Biden, is a consistent underestimating of foreign policy dangers and an undermining of military capabilities for purely political reasons. Military units rely on meritocracy and adding value to capabilities and logistics. As with previous Democrat presidents, that tenet isn’t trending with Biden.

Specifically, in the past two years under Biden, cadets at the U.S. Air Force Academy (USAFA) have been forced to watch a Black Lives Matter video upon arrival, Critical Race Theory is being taught in the curriculums at West Point and USAFA, and cadets who refused to take the COVID vaccine for religious purposes have been expelled or lost their commission (some in the final month of their senior year). Navy SEALs and Air Force pilots are grounded or discharged for the same reason. This week, the U.S. Navy released a “training” video explaining how to prioritize and properly utilize “gender pronouns” and an Air Force recruiting post on Twitter showed the troops running, not with an American flag but with the LGBTQ flag waving high. Notably missing, are training videos and recruiting tweets centered on being an American fighting man and woman with an oath to defend the Constitution of the United States.

Under Biden, the U.S. military is on a collision course with reality. Continued insistence on subjugating American lethality to woke policies by Secretary of Defense Lloyd Austin and General Mark Milley, will lead to more American deaths, failed excursions internationally, and continued drops in esprit de corps and morale. It’s a deadly formula and we’re again, on our way to defeat.