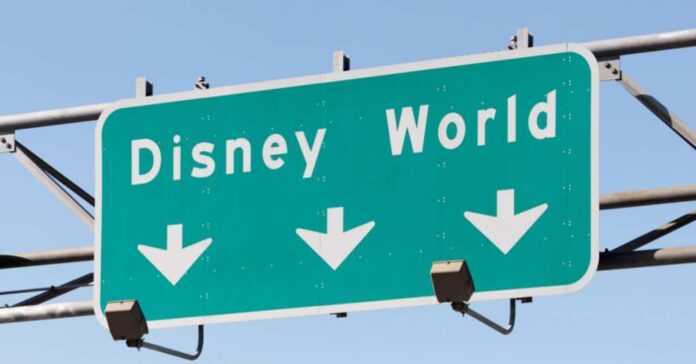 Disney has been a household name for decades now. In fact, nearly an entire century has gone by since Walt Disney first started the company and began entertaining the youth of America.

However, it’s become clear that the legacy of Walt Disney has been lost on more than a few in leadership roles within the now entertainment giant. Instead of coming up with films, shows, and all sorts of products to inspire children and adults alike, they have become corrupted by politics and, more specifically, the liberal desire to “include all.”

And as they are learning as of late, that has a fair share of consequences.

The latest of which comes from Republican Representative Troy Nehls of Texas is currently working on legislation that would strip Disney of the special no-fly zones they were gifted nearly 20 years ago.

Yes, that’s right, Disney was granted special consideration back in 2003, prohibiting aircraft of any kind from flying over both their California and Florida theme parks. Why?

Well, it just boils down to some extreme favoritism, as Nehls points out. And it’s a benefit that he and a growing number of others in the country feel they no longer deserve if they ever did.

As Nehls wrote to Transportation Secretary Pete Buttigieg in May, “most flight restrictions in the United States reside over places of high security, such as military bases, or hazards like wildfires and hurricanes.”

Clearly, Disney is neither.

And yet, because airplanes and such tend to be “noisy and disruptive,” as the letter says, Disney asked that air restrictions be placed over their theme parks. And for some reason, Congress thought this acceptable, despite “no other theme parks” having the same favored treatment in the US, not even their closest competitors Universal Studios.

Perhaps they were granted such favor in appreciation for all the years that they have kept our kids entertained and seemingly done so without interjecting controversial and rather unwholesome ideals such as lesbian kissing or trans magicians.

But as you know, their products are no longer so clean and wholesome, are they?

Take their new “Lightyear” film, meant to be a prequel of sorts, to their “Toy Story” films. It has been banned in many countries other than the U.S. for including a lesbian kissing scene. Similarly, their latest remake of the classic “Pinocchio” now consists of an actress who identifies as queer and is nearly bald in place of the ethereal Blue Fairy.

And their involvement in politics themselves isn’t doing them any favors either.

You might remember that they have recently been stripped of yet another special status, one that gave their Florida theme park the right to quite literally govern themselves, which includes special privileges of not owing Florida taxes and not being held to the same laws as other companies in the state.

This all began when Republican Governor Ron DeSantis introduced a bill that would give parents and not educators the final word on how and what their kids were being taught in schools, particularly regarding views on sexuality. Basically, the law banned teachers and curricula that might encourage children to see their gender or sexuality as transient and changeable at an impressionable young age.

Disney opposed the bill for some reason, incorrectly labeling it as the “Don’t Say Gay” bill and calling it a violation of human rights.

But as it turns out, most Floridians actually support the idea of their kids being taught without the inference of politics and sexual identity. And so the bill passed, with even Democrats voting for it.

Chairman of Disney General Entertainment Content Peter Rice, who was one of the most vocal in opposition to the bill, is now without a job. And Disney has been knocked down a few pegs, having to pay taxes like the rest of us and be held to the same laws.

And yet, it seems they have learned little from that downgrade, as they continue to put ideology over entertainment and movies that are supposed to be meant for kids, no less.

No wonder those like Nehls are seeking to put them in their place even more.