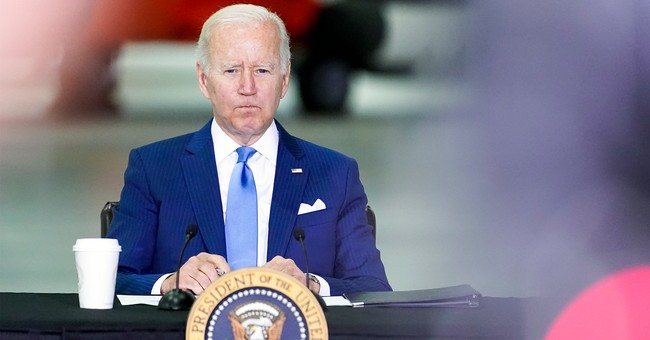 Earlier this month, news broke that a disturbed individual allegedly armed with a gun, knife and “burglary tools” including zip ties was arrested outside the home of Supreme Court Justice Brett Kavanaugh in what the suspect himself admitted was an assassination attempt ahead of an anticipated ruling that could spell the end of Roe v. Wade if the draft majority opinion that was leaked back in May holds.

26-year-old Nicholas John Roske’s arrest came following weeks of disturbing and in some cases violent attacks on churches and pro-life centers across the country as well as illegal “protests” outside of the homes of some of the conservative Supreme Court Justices after they were doxxed and their addresses shared on the social media by radical pro-abortion groups in the aftermath of the May leak from Politico that teased a possible overturning of the controversial 1973 ruling “legalizing” abortion.

Throughout it all, the Biden White House encouraged the supposedly “peaceful” protests that were taking place in front of the private residences of the Justices despite the fact that it was a clear attempt at intimidating them into ruling a certain way and is against the law, punishable by fines and/or a year in prison. Biden’s DOJ under the “leadership” of Attorney General Merrick Garland has also been inept in this regard in what some see as another signal from the administration that they are willing to look the other way on the protests so as to not alienate their base voters in a crucial midterm election year.

But though Biden’s spokespeople have said he condemns Roske’s actions, we’ve heard zero, zip, zilch, nada from the President himself:

Remember, this is the same man who, along with the mainstream media, never wastes an opportunity to proclaim that the Jan. 6, 2021 Capitol riot was a coordinated plan to disrupt democratic norms, something they say happened as a result of former President Donald Trump’s allegedly deliberate attempt to “incite” rioters into action.

And yet here we have an admitted plot (which was hatched in the midst of BidenCo. rallying around the protesters) that if seen to its conclusion would have resulted in the murder of a member of our nation’s highest court, specifically for the purposes of causing the other Justices to fear for their lives to the point they’d rule in a way the killer would like them to, and we’ve not heard the first word from Joe Biden himself, no unequivocal condemnation, nothing.

Not one word at all.

Now we know if this had been a right-wing extremist targeting the homes of the left-wing Justices, the media would still be talking about it today and Joe Biden and his fellow Democrats would be using it as an example of just how far out in right field the right has supposedly gone on cultural matters in recent years.

But the suspect is a leftist who opposes abortion restrictions and is pro-gun control. So because of that, we get radio silence from the same people who cheered left-wing agitators who angrily descended on the homes of the conservative Justices with the intent of scaring them in order to get them to rethink their opinions – and change them.

So much for respecting “democratic norms” and our “sacred institutions,” right? Not that we didn’t know Joe Biden, his fellow Democrats, and their allies in the press were raging hypocrites before, but those avoiding comment on the plot to kill Kavanaugh are unquestionably proving the point, in my opinion.

Flashback: Jen Psaki Has Nowhere to Turn After Student Journalist Catches Her in Whopper About SCOTUS Protests