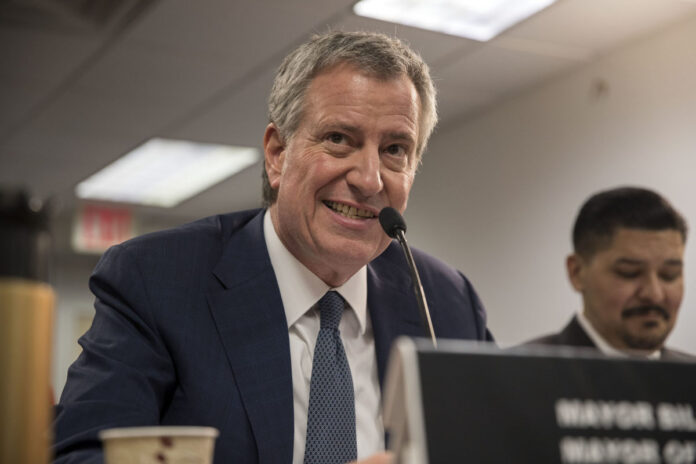 In a time when the world is in the last throes of what has seemed to be one of the most significant trials of the modern era, the hypocrisy of politicians has never been more obvious. In particular, New York City’s Mayor Bill de Blasio seems to be doing a spectacular job of showing off this not-so fashionable trait – and for all the world to see.

The latest example of this comes as the liberal mayor is making yet another attempt to encourage his citizens to get the COVID vaccine.

It just so happens that the “incentive” to do so seems to go directly against a law de Blasio tried to have put in place earlier in his career.

You might remember that de Blasio once tried to ban “soda” or “pop” from the city. According to de Blasio, as well as his equally hypocritical predecessor and failed presidential candidate Michael Bloomberg, the sugary drinks should be banned to help fight obesity. After all, it is a known fact that there is virtually nothing “healthy” about the drinks, and they contribute heavily to the nation’s penchant for being overweight.

Bloomberg tried to have the drinks banned back in 2012. But the courts ruled the ban unlawful.

You’d think this would have warned de Blasio that his attempt at getting the ban into place would likely not fare so well. Alas, it did not.

Mayor de Blasio pushed the effort through anyway, making quite the stink about it before it too was denied and not allowed to be implemented.

And that’s precisely why his recent idea to encourage New Yorkers to get the vaccine seems so deplorable.

So what is he pushing?

Well, as he announced on Thursday, he is offering free French fries from Shake Shack to anyone who decides to get the shot. Just remember to bring your vaccine card to claim your free fries.

De Blasio made the announcement via his daily press conference while eating fries and a Shake Shack hamburger of his own.

He asked, while chewing loudly on his burger and fries, “Is it too early in the day to eat a burger? This can be breakfast.” And he continued, “If this is appealing to you, just think of this when you think of vaccination. Mmmmm, vaccination.”

Now, I’m sure the consumption of the greasy and high-in fat meal was meant to entice the good people of New York to run right out and get their vaccine so they too could soon be enjoying some Shake Shack fries on de Blasio’s dime.

However, as you can tell from the video, talking with your mouth full of food and chewing loudly on air isn’t exactly likely to make the incentive any more appealing. In fact, it’s downright disgusting.

But that’s hardly the point.

Here is a guy who not long ago tried to ban “pop,” as we here in the Midwest call it. And yet, now he’s offering up free French fries to any New Yorker looking to get the COVID shot. It is important to note here that a large Coke has about 210 calories. A serving of Shake Shake’s crinkle-cut fries, on the other hand, has about 470 calories and over 20 grams of fat.

So de Blasio doesn’t like “large, sugary drinks” because they are unhealthy. But he’s willing to push something far more unhealthy on his citizens in an effort to make them healthy?

Doesn’t exactly make sense, does it?

Now, the idea to incentive his citizens is far from a bad idea. In fact, there are politicians and leaders all over the US who are doing the exact same thing to encourage their neighborhoods and communities to get one of the available vaccinations.

Liberal Ohio Governor Mike DeWine, for instance, has put together a lottery drawing, where any vaccinated adult can be entered to win $1 million.

And in Buffalo, New York, citizens get a “shot-for-a-shot,” where bars are offering a free beer or shot to those who get vaccinated.

But French fries? I’d say New Yorkers are getting gipped – not to mention, de Blasio’s credibility just went even further down the drain.