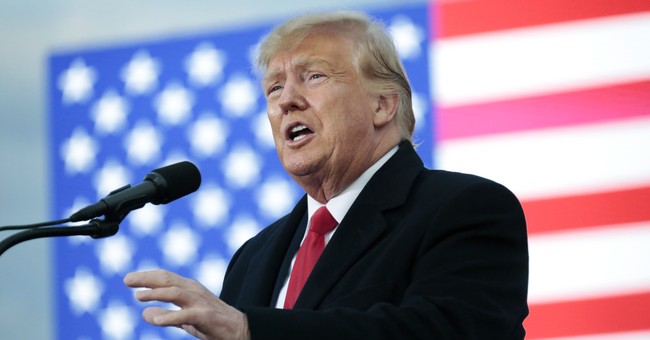 The January 6th committee is not going well. In the midst of immense hype and total media subservience, including having the first hearing simulcast in primetime across every major news network (except Fox News), things have fallen flat since the opening statement.

We’ve seen hearings postponed, the total number of hearings reduced, and most importantly, zero evidence of a vast, Trump-led conspiracy to attack the Capitol and execute a “coup” has been presented. To the extent that the committee has had any impact, it’s been to confirm the priors of too-online, beltway-dwelling liberals.

Most people simply aren’t paying attention, something confirmed by the latest ABC News/Ipsos poll. Though, as we’ll get to, the survey includes some less than stellar news for Donald Trump as well.

With only 34 percent of Americans closely following the hearings, it’s just not the big, game-changing production Democrats wanted it to be. And why would they be following it closely? Everything being presented was already known, and while members like Liz Cheney keep promising a final blow against the former president, it keeps not coming.

If the committee had such evidence of criminal activity, don’t you think they would have led with that during their primetime presentation? That they didn’t is indicative of how weak their case is. The January 6th committee exists as a political tool, meant to disqualify Trump from running in 2024. It was not constituted to hold a legitimate investigation, letting the chips fall where they may.

Still, 58 percent of Americans believe Trump should be criminally charged. That number requires some context, though. Before the hearings, in the same poll taken back in January, 54 percent said the same thing. In other words, the committee has failed to change any minds outside the margin of error. If that’s not a failure, I don’t know what is.

I’d also posit that some not-insignificant portion of the “charge Trump” crowd really just want him off the national stage and see this as an easy way to reach that end. After all, what crime is he supposed to be charged with? He clearly didn’t incite the riot, having told the crowd to peacefully protest, and there’s been no proof of any conspiracy to breach the Capitol presented. Even if one thinks Trump’s behavior was immoral, that’s not a crime.

You have to remember, though, that most Americans are not politically active, and despite the problems with the 2020 election, they see the videos from January 6th and just want to move on. For them, part of that is Trump riding off into the sunset-instead of mounting another run at 78 years old. You don’t have to agree with that, but that’s the dynamic at play.