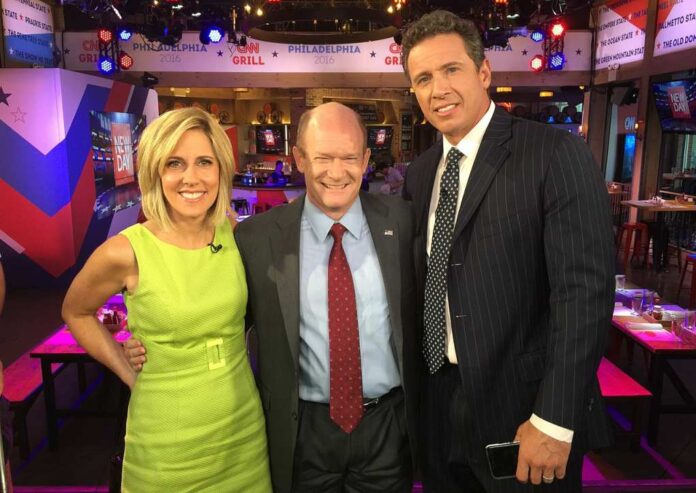 A disappointing unemployment report for the month of April confirmed what conservatives have been repeating over and over: the extra $300 a week in unemployment benefits only serve to incentivize workers to stay at home. This is part of a crucial rule of economics which says that you tax what you want to discourage and subsidize what you want to encourage.

Real-world economics seems to be a topic that is lost on many, however, including CNN host Chris Cuomo who went out of his way to call the UI bonus a life-saving necessity on his program earlier in the week. The dramatic younger brother of New York Gov. Andrew Cuomo said during one segment on “Cuomo Prime Time” that “People are literally starving” in a push for the nod toward socialism that COVID-19 unemployment has become, according to The Daily Wire.

“People are literally starving in this country, still. Look at the numbers. They are starving in a way we’ve never seen since we’ve been alive. That’s the impact of $300 a week. It can keep you out of that.”

Cuomo, the other Cuomo, and many other Democrats in and around the progressive party have been attempting to enact some sort of free money system to assist those who are unable, or in many cases, just unwilling to work for a living. That is problematic for a few reasons:

The first is obvious: the government can’t steal from the rich to give to the poor if the poor have the opportunity and just choose not to work. That’s known as socialism, and it’s never worked. However, should they decide to do that on a grander scale than what is already being done, it brings us to problem two.

When people see that hard work won’t pay off, guess what they’ll do? Stop working hard. And what will the government do if people stop working? They’ll have to do something, so they’ll … you guessed it, force people to work.

Socialism would work if people always did the selfless thing, but just ask yourself: how often have you found that people automatically just do the right thing, even at their own detriment? If you live on planet Earth, chances are that hasn’t been your average experience with people.

However, the extended unemployment benefits (aka, incentivization) is being lauded as the American (non)worker’s great white (caucasian?) hope to save them from the gluten-free bread lines of New York and other major cities.

“That money matters for Americans, OK?” said the youngest Cuomo. “It’s a reflection of need, and also a reflection of how few people are paid well,” the CNN host said, seeming to once again, speak up for the little man, making it known that the government clearly needs to intervene to fix the inequality.

According to the Daily Wire’s report, not only is Cuomo’s argument bad for the long term, it’s not even accurate for the here and now. Not only will a $15 minimum wage cause the price of everything to go up, including taxes, therefore nullifying the wage hike, but there is little to indicate that anyone who was working and is receiving unemployment is about to go hungry.

“America is the leading food exporter in the world,” the Daily Wire reported. “Food banks and soup kitchens reach into every community. And Supplemental Nutrition Assistance Program (SNAP) income guidelines allow a family of four to earn up to $34,068 a year and still be eligible for food stamps — and the extra $300 a week in unemployment benefits doesn’t count toward that limit. Joe Biden’s “American Rescue Plan” saw to it that those food stamps are increased by an extra 15% until September.”

The point being, there are very few Americans that actually die from hunger every year, because there are a plethora of safety nets to catch them, should they end up in a position that dire.

Americans do, however, lose freedoms every year, all in the name of helping people who refuse to help themselves. And that situation is getting direr by the day.