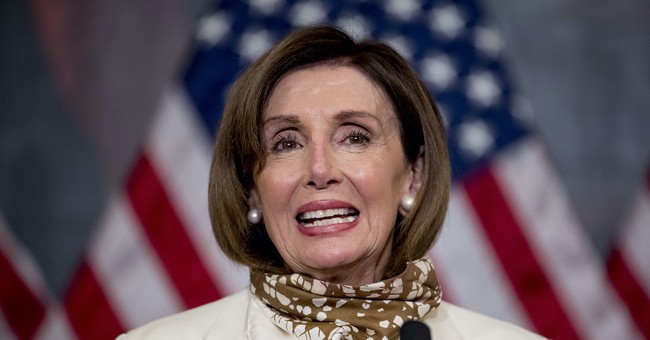 I’m just going to say it: House Speaker Nancy Pelosi is a despicable human being.

On one hand, Madam Speaker trots out her “deep Catholic faith” — when she finds it politically expedient to do so. Other times, she dismissively harangues us about her staunch support of on-demand abortion. And “best” of all, she often cites the former in obscene support of the latter — most notably her reference to late-term abortion as “sacred ground.” If that is not despicable, I don’t know what is.

Pelosi on Thursday cited her faith — comically so — while asserting her uncompromising pro-abortion stance, as reported by National Catholic Register, while simultaneously refusing to condemn the mounting number of attacks by pro-abortion radicals against Catholic churches and pro-life pregnancy centers.

Pelosi was asked to comment on the attacks on pro-life centers. Here’s how that went:

A woman has a right to choose, to live up to her responsibility. [To do what?] It’s up to her, her doctor, her family, her husband, her significant other, and her God.

This talk of talk of politicizing all of this I think is something uniquely American and not right. [Wait — huh?]

And other countries — Ireland, Italy, Mexico, have had initiatives to expand a woman’s rights to choose.

“Very Catholic countries,” she emphasized. And then this:

I’m a very Catholic person and I believe in every woman’s right to make her own decisions.

Hang on. So Catholicism — make that “very Catholic countries” and “very Catholic people” — are the arbiters of whether it is right to kill a healthy unborn child — on demand? Now, right up until birth, as 49 of 50 Democrats voted, earlier in June? (This author wonders if any of these people checked with God before becoming abortion advocates.)

This was only the latest round in Pelosi’s “deep Catholic faith / deep believer in abortion” rodeo. As my RedState colleague, Nick Arama reported in late May, San Francisco Archbishop Salvatore Cordileone finally banned Pelosi from receiving Holy Communion because of her pro-abortion stance, until and unless she formally and publicly renounces her position. (See: “When Hell freezes over.”)

Pelosi’s response? Full-metal Pelosi. As Nick also reported in late May, Madam Speaker in effect thumbed her nose at Cordileone, attending mass at Holy Trinity in Georgetown (the Washington, D.C. Archdiocese), where she promptly received communion. Then again, as Nick noted, the parish website advertised a June 15 “Pride Mass,” highlighting a video of a gay man, who says he is married to a man.

Just one Another problem: The Catholic Church teaches that marriage should only be between a man and a woman, and that “under no circumstances” does the Church condone “homosexual acts.”

It is neither my job nor my right to condemn anyone for their beliefs; that is up to a “pay grade” higher than mine. Whether or not self-professed, pro-abortion Christians square their lives and their beliefs with the God of their faith in the end? Only they will learn the answer.