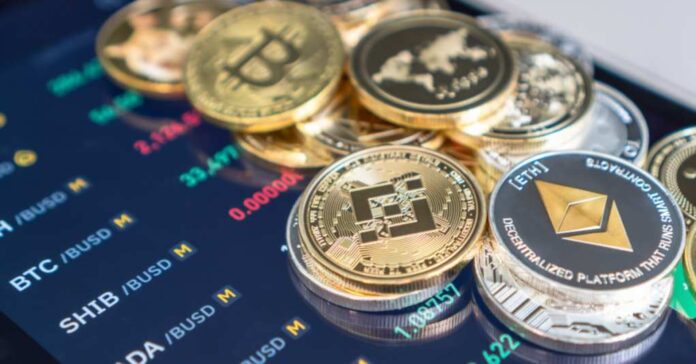 As much as many younger Americans would love to see the government stay completely out of cryptocurrency, they have out and out refused to do so. They have even been making bigger pushes to weasel their way into a global system that was designed to keep them shut out.

They want in so badly that they are not just foaming at the mouth over it, but they are also reaching across the aisle for it.

Senators Kirsten Gillibrand (D-NY) and Cynthia Lummis (R-WY) decided it was beneficial enough for each of them to join forces. They didn’t just talk about it though. They have now introduced legislation that will create a regulatory framework for digital assets such as cryptocurrency.

With the name The Responsible Financial Innovation Act (RFI), they make it sound like a nice, light, positive, and beneficial “for the American people” act. Something people of all walks of life, and sides of the political divide can easily support. RFI is written so it can encourage innovation within finance, and provide flexibility, transparency, and strong consumer protections. Not to mention integrating digital assets into existing laws.

It would also assign the Commodity Futures Trading Commission (CFTC) to have regulatory authority over digital asset spot markets. The CFTC is already regulating commodities markets, and this would come from a new advisory committee to focus on the development of guideline principles, the empowerment of regulatory agencies, as well as advising lawmakers on this fast-developing technology.

Naturally, the duo admitted that this would also create a workable structure centered around the taxation of digital assets and cryptocurrencies. With a regulatory framework being built for state and federal regulators to work together on providing innovations for creative financial technologies and other provisions, this act could change the entire crypto landscape. With the fed trying to find ways to regulate cryptocurrencies, they see this as a way to meet the people part-way on this.

In a statement, Gillibrand defended this idea. “Digital assets, blockchain technology, and cryptocurrencies have experienced tremendous growth in the past few years and offer substantial potential benefits if harnessed correctly. It is critical that the United States play a leading role in developing policy to regulate new financial products, while also encouraging innovation and protecting consumers. Importantly, the Lummis-Gillibrand framework will provide clarity to both industry and regulators, while also maintaining the flexibility to account for the ongoing evolution of the digital assets market.”

Lummis, of course, wanted her thoughts shared with the press as well. “The United States is the global financial leader, and to ensure the next generation of Americans enjoys greater opportunity, it is critical to integrate digital assets into existing law and to harness the efficiency and transparency of this asset class while addressing risk. My home state of Wyoming has gone to great lengths to lead the nation in digital asset regulation, and I want to bring that success to the federal level. As this industry continues to grow, it is critical that Congress carefully crafts legislation that promotes innovation while protecting the consumer against bad actors.”

The unfortunate part about all of this is that they truly believe this is the right thing to do. It’s not. Crypto is not a tangible asset. While there is the tangible asset of transactions being recorded on the blockchain as a representation of what each currency is worth, there is nothing the people hold in their hands like gold.

However, much like gold, it is only worth what we assign to it, and right now that number is very volatile as investors try to identify and target the market properly. If the American people can settle on a figure, this will become much easier to narrow down, but the idea of adding government to a system truly designed to operate government free is a horrible idea. Can you name any good innovation that was helped by more government?