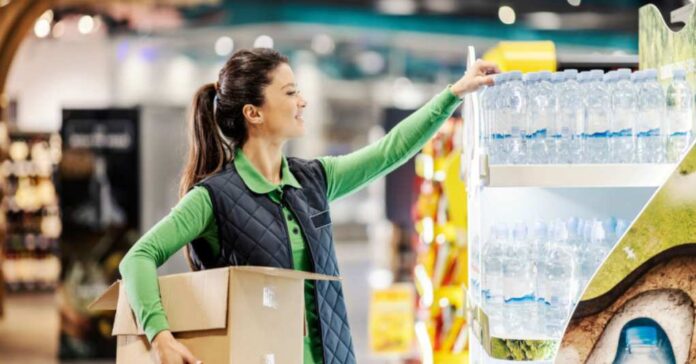 No matter how much President Biden is refusing to do anything to curb inflation, the American people have taken some steps to help curb it themselves. With mid-pandemic pricing skyrocketing due to shortages of goods being imported, many Americans started rushing to buy things “just in case”. From toilet paper to razor blades, to canned chicken, nothing was safe from this crazed buying frenzy.

This picture couldn’t last, though. The interest rates started getting too high, and the American people didn’t want to charge for goods that they may not be able to pay off.

Suddenly, they don’t want to overstock non-essentials as they already have done that once. Ultimately, this has led to a massive surplus of goods on the shelves, and containers being shipped here dirt cheap simply because the demand isn’t there.

What’s worse, we still are having some shipping problems getting these containers in and moving across the county. Between a lack of dock workers and a decline in over-the-road truckers, it has been a battle to get things in since about the time Biden took office. Perhaps the trucker convoy in Canada and the drop of masking rules here in the U.S. might explain why we are starting to see this situation resolve itself a little bit.

For companies like Target, this glut goes back to 2021 when things were hard to get. They and many other companies started placing massive orders from China to ensure they had stock on hand. With China starting to see an uptick in COVID cases, and quarantines, they had to make a choice. Either keep the massive orders up to keep a big stock on hand or risk the supply slipping and having another shortage.

Then, came the conflict between Russia and Ukraine. With worries that the land conflict could spill into shipping lanes, again a decision about how much to order and how quickly to have it sent needed to be made. Predictably, and smartly, they chose to err on the side of caution. It’s cheaper to store goods here in the U.S. than it is to rush them across the ocean. While a smart move, it has left them plagued with inventory problems. They are now incredibly oversupplied in many areas.

Consumers’ bottom line would enjoy this glut, if only they could afford to buy more. It means goods are costing a lot less since very little if anything is now in short supply. Target is being forced to provide steep discounts to buyers, and while they aren’t racing in to snatch the deals up, those who need things are enjoying the idea of finally saving a tiny bit. Especially since the gas to get them there is costing them a lot more.

Unfortunately, as this isn’t good for Target and other large retailers’ bottom lines, when combined with skyrocketing rates from the fed, and consumers spending less due to inflation, we are heading right into a perfect storm of incredibly high-interest rates, and a lack of discretionary spending due to inflation. The tipping point for the economy now hangs in the balance, as there isn’t a great solution to any of this.

When these kinds of perfect storms happen, the American people get stuck on a wild ride. We don’t have the control we would like, and because the powers that be are dictating everything. People like President Biden and his Transportation Secretary lap dog Pete Buttigieg are pushing the demand and the pricing in a way that benefits them and their fellow leftists’ bottom lines. There is little to no concern for fixing the economy or for fixing the bottom line for the American people.