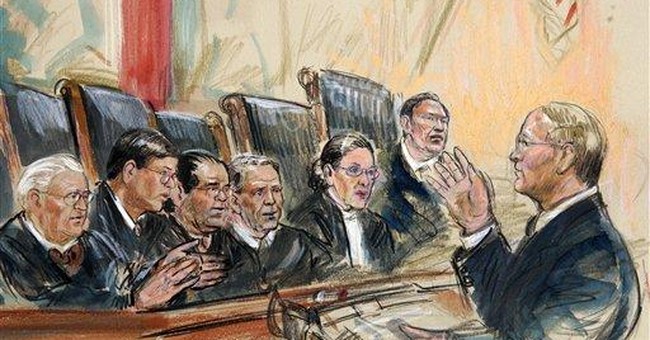 Less than a week after a man allegedly attempted to assassinate Supreme Court Justice Brett Kavanaugh, the US House of Representatives passed a bill aimed at strengthening security for Justices’ immediate families. Amazingly, 27 Democrats voted against it, including AOC, who blasted the bill because it didn’t have protections for “everyday people.” As if that was the issue they were voting on.

On Thursday, she posted a video to Instagram bragging about her efforts to block the bill:

I wake up this morning and I start to hear murmurs that there is going to be an attempt to pass the Supreme Court supplemental protection bill the day after gun safety legislation for schools and kids and people is stalled.

The bill will be now sent to President Joe Biden’s desk for final approval. It provides 24-hour protection for Supreme Court justices’ families and was approved 396-27 by the House after receiving a unanimous vote in the Senate in May.

Other complaints by the 27 Democrats who voted against the bill were that it failed to include protection for court staff, including clerks, and their families. Why not the mailman too?

The vote comes after the disturbing assassination attempt of Brett Kavanaugh, and the mainstream media’s minimization of the arrest of the would-be killer. RedState has reported on Nancy Pelosi’s “unprincipled” response, how CNN journalists downplayed it, and how even Bill Maher blasted the New York Times for its muted coverage of the event.

Tuesday brought on an almost surreal moment in “journalism”: The New York Times criticized its own coverage of events. I know it’s not very “journalisy,” but I can only say “Bwaaa ha haaa!”

The vote comes on the fifth anniversary of another ideology-based violent event that the media gives little attention to: the shooting up of a Republican congressional baseball game by a Bernie Sanders supporter. The shooting left Rep. Steve Scalise with life-threatening wounds, while three others were injured, including two police officers.

We all know that if this had been a right-winger who had blasted away at a Democrat ballgame, we’d today be having wall-to-wall anniversary coverage on CNN and endless opinion pieces in the NY Times.

The bill also comes amidst the controversy of Democrats seemingly openly calling for violence against Supreme Court Justices who might be contemplating overturning Roe v. Wade. “I want to tell you, Gorsuch, I want to tell you, Kavanaugh, you have released the whirlwind and you will pay the price. You won’t know what hit you if you go forward with these awful decisions,” said Senate Majority Leader Chuck Schumer on March 4, 2020. President Joe Biden, meanwhile, has refused to condemn those who protest outside Supreme Court Justices’ houses–which is against the law. The DOJ apparently is busy, however, as they haven’t lifted a finger to enforce that decree.

The full list of 27 who didn’t think it was important enough to pass a bill further protecting our Supreme Court Justices can be found here, but it will come as no surprise that the usual suspects are among the shameful crowd:

In the upside-down world we’re living in, Democrats openly call for violence against the Supreme Court, then vote down legislation to protect the Justices and their families. It’s hypocrisy with a capital H.