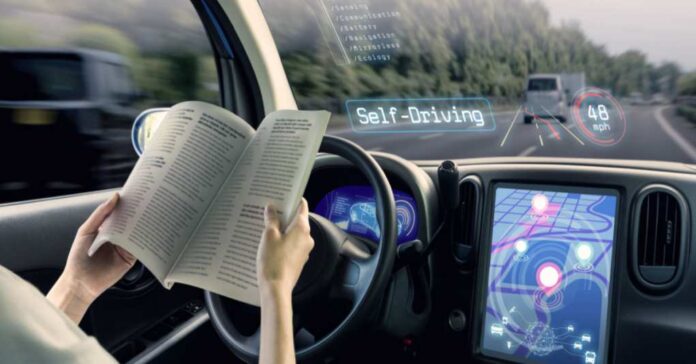 Anyone who has ever completed a cross-country journey has dreamed about having the ability to sleep through parts of the trip instead of pulling over and finding a motel. Falling asleep in Raleigh, NC, and waking up in Syracuse, NY is something only people outside of the driver’s seat could experience. According to Ford CEO Jim Farley, that is about to change.

Appearing at the Bernstein Conference on June 1st, Farley outlined a great profit opportunity for the company and investors, as well as a tool that can make these trips much easier on people. He went on to claim that advanced driver assistance systems (ADAS), especially those with a fully autonomous capability are the future for Ford. Acknowledging the $12,000 extra for the Full Self-Driving system from Tesla, he has seen what the market will bear, and he is confident.

“When I was at Toyota and I sold my Prius, that HOV sticker [which granted hybrids access to California HOV lanes regardless of how many people were on board] was worth $5,000. That only saved me five minutes a day on my commute. If we can get people to fall asleep in our car, give them 45 minutes back on their commute, they can go to work 45 minutes later, they can go home 45 minutes earlier, it won’t be $500. It’ll be tens of thousands of dollars.”

Considering Tesla Techno King Elon Musk considers his Full Self-Driving feature will be worth $100,000 once it’s fully functional, the figure suggested by Farley is low but certainly worth every penny by comparison…if it works as well.

ADAS is something every kid dreamed of. To see it come to fruition in our life is nothing short of amazing. For us to have an opportunity to experience what it could do for us as it is being developed means that we as consumers get some say in how it is developed, and what its strengths and weaknesses are. Not many get this kind of opportunity so we, as consumers, are trying our best not to waste it, and to capitalize on it as much as possible.

Farley looks at this in much the same light that Apple saw the iPhone. “We’re about to change the ride just like Apple and all the smartphone companies changed the call. And I believe when that happens when you can ship a lot of software to the car, and you have great sensors, and really change that experience and be a lot more productive, there will be a large revenue expansion.”

He went on to discuss ride-sharing like Uber and Lyft, and how he believes ADAS combined with low maintenance costs will reshape the market once again.

Making changes to the landscape of automotive technology and plans is incredibly difficult. It usually takes decades and requires paying off numerous groups and people to even get the research done for this kind of advancement. Yet, in under a decade, Tesla was able to do it, and much like with Space X and the recoverable rocket booster, Musk sunk his money into ideas we all had as a kid.

Only Musk made them a reality and inspired a whole new generation of investors, inventors, and thinkers. Much like the originator of Ford, Musk has been mocked, ridiculed, and poked fun at for his ideas. Yet, these ideas lead to groundbreaking innovations that exceed anything the average American has previously seen. This, again, inspires more change and growth from the American people and in the ADAS arena.