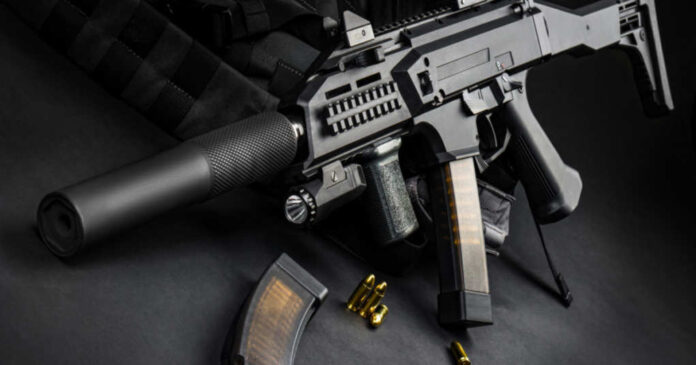 With a House chamber vote of 228-199, the passage of the Protect Our Kids Act looks to make catastrophic changes to our second amendment. The entire package passed with 223-205.

With an incredibly divided Senate, the package faces a great challenge. With a requirement of 10 Republicans crossing the aisle for this to pass, the Democrats are fighting an uphill battle. Considering the division within their party, that number could increase to 15, possibly even 20 by the time the dust settles. Needless to say, the odds of this seeing the President’s desk any time soon are very small.

These packages seek to increase the minimum age to purchase a semi-automatic rifle would go from 18 to 21. Magazines that hold over 15 rounds would become illegal. They would also make new laws about gun trafficking and straw purchases, as well as enact storage regulations, with grants available to assist people in coming within compliance with the new regulations. They also want to make homemade (aka ghost guns) firearms subject to federal regulation.

Even if passed, they are essentially changing the age and the magazine size laws. The rest of the package is smoke and mirrors because the only way they are finding out you are in violation is if they perform an illegal search and seizure. Problem is, that these smoke and mirrors laws are often pushed and enacted while being enforced by people who would make Hitler look angelic. The same people who derive their funding from how many people they can turn into criminals through propaganda. Aka the alphabet boys.

Rep. Jim McGovern (D-MA) spoke from the House floor about what he saw in the bills. “None of these ideas are extreme. In fact, they are what the vast majority of the people in this country want us to do. None of these proposals are aimed at taking guns away from law-abiding gun owners. They’re aimed at stopping people from getting slaughtered in their schools and churches and grocery stores and homes…These bills would have stopped the shooters of Buffalo and Uvalde from buying their guns.”

This kind of flagrant generalization by the left is incredibly dangerous. They think most people support them, but they have yet to ask the American people or the people who can vote. While they can recite inherently wrong statistics, most cannot tell you the name of the latest shooting victim in their city or their district.

Leftist politicians nor their representatives have spoken to the American people. By speaking only with their targeted special interest groups, they are making sure the answers they are hearing are exactly what they want to hear.

Thankfully on the right, we have people like Rep. Jim Jordan (R-OH) who also spoke from the floor. He described the shootings in Uvalde, TX and Buffalo, NY “as wrong as wrong can be … but the answer is not to destroy the Second Amendment, but that is exactly where the Democrats want to go. These bills would say when you can buy a firearm, what kind of firearm you can get and where and how you have to store that firearm in your own darn home.”

Americans have the right and the need to be more respected than that. We don’t need laws that make no sense, and that only serves to make people feel safer as they grab their pearls. What we need is to address the root causes, and that all starts at home.