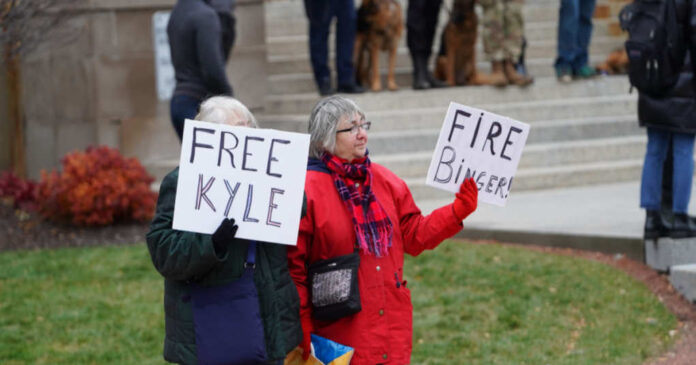 Here in America, we are having quite the national discussion about firearms and our Second Amendment rights. While firearms and their uses have always been a bit of a concern for certain parties and individuals, it because a major issue in recent years due to a number of what we call mass shootings, in which a relatively large number of individuals are killed or injured in one tragic incident.

As you well know, there were recent events such as this in a grocery store in Buffalo, New York, and at an elementary school in Uvalde, Texas, both of which left us in devastation and loss.

Naturally, this has brought out those who are against guns in their numerous forms by the masses. The reasoning behind this, of course, is that if American citizens were not allowed or able to get their hands on guns in the first place, these types of incidents wouldn’t occur, our communities would be safe, and our children kept from harm.

More specifically, the argument is that “assault weapons” and “high-capacity magazines” are far too dangerous for anyone but soldiers to handle, legally or not.

Assault weapons, as they have been labeled, usually refer to semiautomatic or fully automatic guns such as the AR-15. However, given that most handguns nowadays are also semiautomatic, the definition of such a weapon has become rather confusing and hard to pinpoint. Hell, even my turkey rifle is a semiauto.

Of course, it doesn’t help that all firearms are designed for ‘assault,’ whether that be to defend, take down hunting prey, or used offensively.

High-capacity magazines are a bit simpler to define, as they are magazines that hold a larger number of ammunition rounds, usually ten or more. But again, certain handguns and home defense weapons can hold 30 or more rounds.

Nevertheless, there are those calling for an end to both of these.

And Democratic President Joe Biden is all for it. In a national address on Thursday, he spoke of doing just that and claims that the families of those killed in these tragic and recent events want this.

However, both of these incidents, as well as most others, actually prove that the gun itself, no matter the type or the number of rounds it holds, isn’t the problem.

You might note that they even tried to ban “assault weapons” once before, in 1994. And yet, from then until 2004, when the ban was lifted, the number of mass shootings and/or homicides didn’t decrease. Criminals just used a different weapon to get the same job done. Or they illegally got their hands on “assault weapons.”

Isn’t that odd? That a criminal would disobey the laws…

Secondly, as those like Kyle Rittenhouse can tell you, these weapons can be used for good. They can be used for defense and to save lives. During the Kenosha, Wisconsin, Black Lives Matter riots, Rittenhouse used an AR-15 to successfully defend local businesses and their owners, only shooting when another gun was literally pointed at his face.

And that’s precisely why he is making a stand against Biden and his administration to ban such firearms. In fact, the 19-year-old recently posted a video to his Twitter account of him shooting an AR-15, this time with adequate supervision.

Afterward, he gave Biden a simple, eight-word message: Joe Biden, you’re not coming for our guns.”

Added to this was the phrase “Come and take ‘em, Joe,” which accompanied the post. This is clearly a reference to the long-repeated retort of Americans everywhere who know that the ending of our Second Amendment rights would be a fight we are all too willing to take on.

After all, the Second Amendment is not meant to just give us access to guns for hunting or even self-protection. Instead, our found fathers wisely included it so that, should the need arise, we the people could defend ourselves against a tyrannical government, ensuring that our nation was kept intact and our standards upheld.

Ending both the use of high-capacity magazines and semiautomatic firearms would essentially make such protection impossible. And don’t think for a second that the Democrats don’t know that.