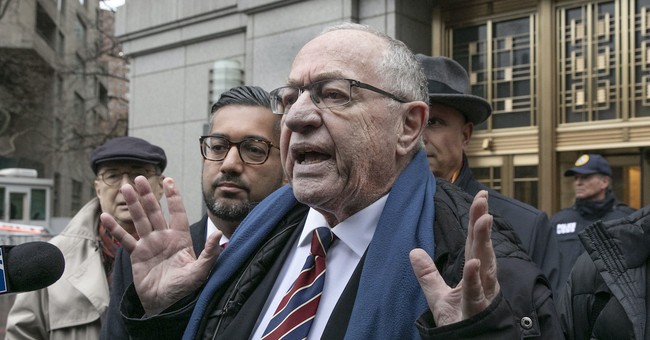 Harvard’s Alan Dershowitz and George Washington University’s Jonathan Turley, both famous law professors and self-proclaimed liberals, slammed the Thursday night January 6 Committee 6 hearing for being “unethical” and for failing to prove the charges.

Referring to the video of Trump’s speech that the committee aired, Dershowitz told Newsmax’s “Spicer & Co.” Friday: “They doctored the tape!” for leaving out a key line.

The lawyers were both liberal darlings for years, DC cocktail circuit fixtures who could be relied on to appear on CNN and give an air of authority while commenting on the day’s topics.

But that all that changed with the arrival of Trump. Dershowitz notably started appearing on conservative media, suddenly popping up on Fox News instead of MSNBC, eventually even testifying at Trump’s second impeachment trial in defense of Trump.

Turley also testified on Trump’s side for that impeachment effort, and more recently has been vocal about his disdain for the current hearings.

It’s quite the turnaround for this pair. Poor Dershowitz has been shunned by his “tolerant” Martha’s Vineyard “friends” for daring to question liberal orthodoxy. Turley, meanwhile, was inundated with threats for daring to defend Trump.

They’ve been among the few voices of sanity among liberals since the arrival of Trump, and a source of hope among conservatives that not everyone has lost their minds.

I’m wearing my [Boston] Celtics shirt today. Not only in preparation for the great match-up tonight, but to make an analogy. It’s as if the [Golden State] Warriors came out yesterday [in the NBA Finals] and started shooting toward the basket, but the Celtics were kept off the court, and all we saw was one team scoring one after the other, missing a few layups, missing a few jump-shots, but no defense, no stealing of the mall, no rebounds. That’s what we saw last night.

He’s referring to the fact that, unlike in the impeachment trials, there are not two sides to this story. There’s only one because House Speaker Nancy Pelosi refused to have serious Republican opposition on the committee. Instead, she included Trump hater Liz Cheney and always-bawling Adam Kinzinger.

It was not a fair proceeding. And even if you say it was one-sided, it was unethical. Why was it unethical? Take for example President Trump’s speech on January 6th. I opposed that speech. I didn’t think it was done well. I didn’t think he should have done it. But he said at the end of the speech he wanted people to show their voices patriotically and peacefully. They doctored the tape! They edited those words out.

And, you know, Donald Trump committed no crimes. All those recitations of crimes, it would be the same if a leader of Black Lives Matter stood up somewhere on the west coast and made a firebrand speech saying, you know, we’re going to bring down this, we’re going to do that, and then people went out and burned buildings.

Jonathan Turley, meanwhile, thinks the committee was unfair from the start and didn’t prove its case:

He also claimed in a blog post that the hearing failed to prove its central point, that Trump was the direct cause of the mayhem:

On that day, there is no question that Trump whipped the crowd into a frenzy. I was critical of the speech while he was giving it. However, Trump never actually called for violence or a riot…

He expressly told his followers “to peacefully and patriotically make your voices heard.”

It would seem that this pathetic attempt to use a partisan committee to prove what an impeachment proceeding could not–that Former President Trump plotted a coup on January 6 and is solely to blame for the violence that occurred that day–continues to fail. When your side loses the backing of two former vocal supporters, you know you’re losing the battle.