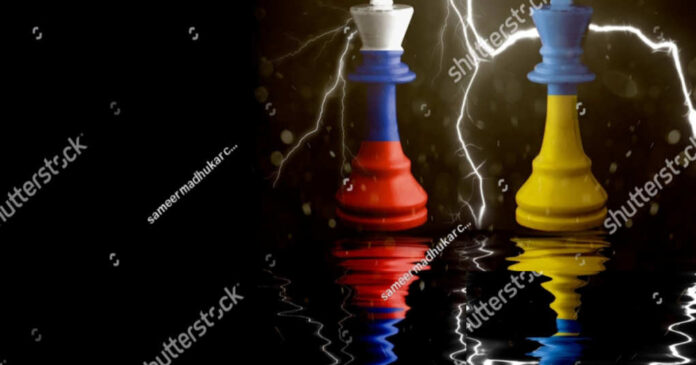 Vladimir Putin has taken advantage of Joe Biden’s inability to stand up as a vital American president. The Russian leader took the risk and invaded Ukraine, knowing that Biden would look the other way and not intervene. Putin has killed innocent civilians and destroyed countless regions in his quest for dominance.

His lust for power has earned him an unfavorable position with other world leaders. Western powers are rallying together to keep Putin from advancing against them once he is done destroying Ukraine. But some are coming out and daring to support Putin.

Emmanuel Macron is the current president of France. He has taken a position that no one should seek to stand against Russia. VOA News reported that he mentioned, “Calls to avoid the humiliation of Russia can only humiliate France and every other country that would call for it because it is Russia that humiliates itself. We all better focus on how to put Russia in its place. This will bring peace and save lives. We must not humiliate Russia so that the day when the fighting stops, we can build an exit ramp through diplomatic means.”

His position is that no one should stand up to Putin because he will try and kill anyone in his way. Macron’s cowardness mirrors Joe Biden, who still refuses to intervene beyond sanctions.

VOA News also found that France would have an essential role in mediating a peaceful end to the war. Macron wants to set France up to be the hero of the story. But his tone favors Putin and how he has murdered innocent people.

France wants to maintain peaceful relations with Russia. Macron wants to be in a favorable position should Putin win the day. He does not want to be considered an enemy of the Russian people and suffer the effects of standing against them. There is no compassion in what he is telling the world. He is simply looking out for his future at the expense of doing what is right ethically.

Macron is under scrutiny by other eastern powers because of the way that he is pandering to Putin. They believe that he is trying to sabotage the efforts of others to get Putin to leave Ukraine and end the war.

Macron has since refused to visit Ukraine or offer vocal support. Macron is a coward trying to appear brave and noble by keeping his distance from Russia. He does not want Putin to bring down any consequences on the French people for his support of the victims of Putin’s war.

Serhiy Haidai is the governor of Luhansk. He brought out that “They are moving forward step-by-step. They are simply destroying everything with artillery, aircraft, mortars, and tanks. But as soon as we have enough Western long-range weapons, we will push their artillery away from our positions. And then, believe me, the Russian infantry, they will just run.”

Macron thinks that Russia will win the war, but the reality of the situation is that the Ukrainian people are holding their ground and putting Russia to flight as they face them in battle. VOA News reported that Russia continues to send in reinforcements, but Ukraine’s military continues to stand its ground keeping the Russian invaders from moving deeper into the country.

Macron and Joe Biden are two individuals that claim to be against the war, but their actions tell a different story. These leaders secretly support Russia and their efforts to destroy a free nation in the east. Macron has the goal of keeping France aligned with Russia if they win the day. But what he fails to realize is that he is alienating his country from all other western nations. And in the end, he will stand alone and surrounded by his enemies.