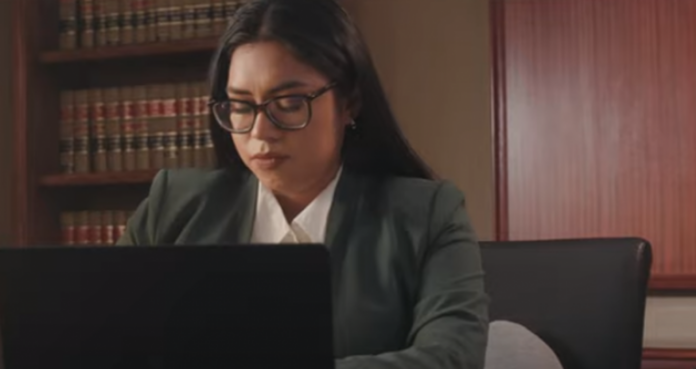 Alexandria Ocasio-Cortez is not a Democrat. She’s a socialist. It’s something that we need to remember about her. The ideas that she thrusts onto America are not only progressive but also extremely damaging.

The outspoken socialist decided that she was going to get involved in a Texas election to support a friend. She threw her unwavering support behind Jessica Cisneros, an immigration lawyer and progressive. Cisneros was challenging Democratic Representative Henry Cuellar for his 28th District seat in the House.

As AOC paraded Cisneros around the state of Texas, it became clear – Jessica Cisneros was the next AOC.

Well, at least in Texas, socialism is neither wanted nor accepted. So, it’s not surprising that when Texans headed down to the polls, they chose to keep Cuellar in office. While a Democrat, he’s also extremely outspoken about being anti-abortion. Many consider him to be a DINO – and we’re not mad about that.

Cisneros had an opportunity in front of her. Accept the defeat with grace or go down kicking and screaming like a spoiled Democrat brat. You guessed it – she chose the latter.

The AOC-wannabe has already identified that she will be asking for a recount. She simply can’t believe that her progressive agenda wasn’t accepted by the conservative people of Texas.

She made a statement to say that she and others like her were trying to take on an unjust system to put an end to corruption and corporate profits. She identified, “Our community isn’t done fighting, we are filing for a recount. With just under 0.6 percent of the vote symbolizing such stark differences for the future in South Texas, I owe it to our community to see this through to the end.”

A recount would almost make it sound like she suspects voter fraud. But…wait…voter fraud doesn’t exist. At least, that’s what the Democrats keep telling us when we question the validity of Biden as president.

Other Democrats have made similar mistakes and it hasn’t ended well for them – and Stacey Abrams of Georgia is one of the most notable.

The Secretary of State’s office in Texas explained how Cuellar led the vote by 177 – winning mostly rural counties and Hispanic counties along the U.S.-Mexico border.

Henry Cuellar is Hispanic. He knows his voters and what they want. Cisneros may also be Hispanic, but she’s been blinded by the progressive agenda for far too long.

Alejandro Mayorkas is an immigrant who has been blinded by the progressive agenda, too – and we’re all too familiar with what he’d like to see at the border.

Cuellar had previously been declared the victor of the race by 281 votes. He’s criticized Cisneros for not accepting the count and has warned that she will not find the votes. And that’s not a threat – it’s a basic understanding of knowing what the people of Texas want.

“My opponent has every legal right to call for a recount.” Cuellar comments that every vote has been counted. And on Twitter, he shared “She has no path to victory and will not gain 281 votes. I welcome this process as it will only further verify our victory.”

He may be for Texas what Joe Manchin is for the country – a ray of hope.