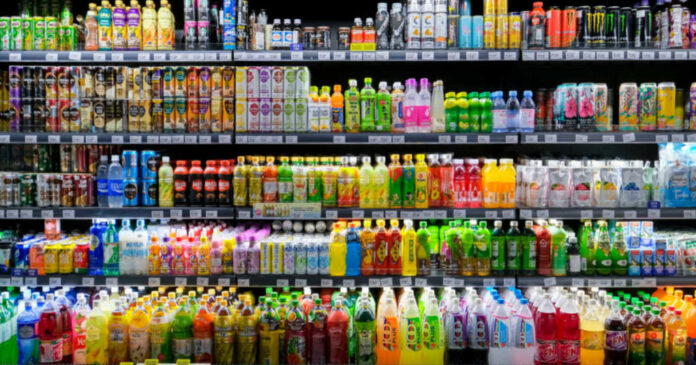 Boxed CEO Chieh Huang is not confident in the industry to keep consumers properly hydrated, well fed, or stores with stocked shelves. Speaking with Fox News on Varney & Co on June 6th, he discussed how rough it could get if projections are right.

“This summer, I think beverages, you’re going to start to see kind of increased prices or shortages just because… already these factories are pumping it out at full capacity, you add in the increased demand of the summer, we don’t know where that’s going to go. What we’re seeing is that the consumer is really in a difficult situation right now… a lot of folks are spending just basically on necessities almost paycheck to paycheck or meal to meals… they really need the help.”

Projections like these should not give the American people or investors a warm and fuzzy about what is coming up. The writing is on the wall for this summer and beyond. With the American people being lied to about it, President Biden has effectively painted himself and his entire campaign into a corner that he cannot escape from. It’s also a corner they don’t seem to want to escape from either.

With people like Transportation Secretary Pete Buttigieg being a prime deflector for the gas price increases, as well as rebuking the idea that the American people could have a stronger economy, it’s no wonder the administration is stuck. Until people like Buttigieg wake up and realize that their job has a huge impact on the oil, gas, and consumer good pricing, we are all forced to deal with the changes they make on a whim.

While they live in the la-la land corner they have painted themselves into, the rest of us are stuck dealing with this nightmare situation in real life. Unlike these elected officials, we are pumping our own gas, we are buying our own groceries, and we are paying our own bills. There is no assistant or other government employee to do that for us. We are tackling every bit of this on our own.

As we prepare for the shortages and price jumps coming around the corner, the American people are stuck wondering what might be next. As much as this administration is blaming everything on Russia, we must wonder what they would pin on North Korea if things came to blows there. Or how Taiwan might somehow impact the dairy prices here at home too. Truth be told, this has become a shell game for the Democrats to play with our daily lives, and to impact our futures as well as the futures of our children. The goal of socialism and reliance on the government becomes more realistic for them with each passing day.

When asked about price increases for products sold during this inflation, Huang kept it simple. “It depends on the category. [Inflation] hasn’t abated… where does this end?… As we discuss with these suppliers who are now bringing on more… cost increases, where does it end, for not only retailers but for the consumer? And that’s what we’ve got our eye on.”

It’s good he has his eye on it. It means he truly wants to be a part of the solution, and not just contribute to the problem at hand. This opposite mindset to the President is something that Biden would ultimately find dangerous, but it’s the one that is shared by most Americans. Our salaries aren’t going up enough to keep pace with the inflation these companies want to shove down our throats, so we are all spending more to do less. At this point, it’s safe to say we all want to know when we can begin to spend less and get more?